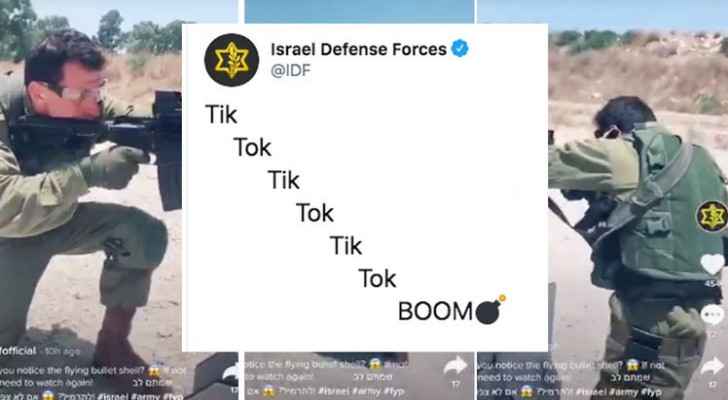 In 2018, the Israeli Occupation government funded an ‘influence campaign’ in hopes to bolster efforts of “influencing foreign publics and battle,” according to the boycott, divestment and sanctions movement for Palestinian rights (BDS).

The app is staffed by former intelligence officers, with offices in three different countries and a ‘troll army’ of over 15,000 from around 73 countries.

The app directs their users to “missions,” where they are ordered to like, comment and interact with pro-Zionist material online while flagging and responding to all criticism of the Israeli Occupation.

Notably, users are guided on how best to respond.

Once users complete missions, they earn points and unlock prizes, such as scholarships, with their scores being highlighted on leaderboards.

According to him, most of the troll army are “located in the US, with the report giving details from its New Jersey, Boston, Philadelphia, Orange County, New York, Florida and then-forthcoming Los Angeles offices.”

Ironically, Act.IL claims to be a “grassroots” group, but experts described it as “advanced digital political astroturfing” – a false grassroots campaign.

Act.IL users pose as random and ordinary members of the public. But, many of the most active users are actually staff.

The Israeli Occupation has been known to actively romanticize their illegal occupation of Palestine, to normalize ruthless attacks on Palestinian civilians and the forced uprooting of families out of their homes.

They cite two reasons for this to defend their actions, the first is religion; they regularly exploit Gods word as an excuse to ethnically cleanse indigenous Palestinians from their lands, and the second is claims that Palestinian resistance groups are actively targetting Israeli Occupiers, who ironically state they ‘wish to live in peace.’

As the times go by and technology consistently advances, are these Israeli Occupation tactics enough to keep up this ‘pristine image,’?
How do they still achieve this ‘happy-go-lucky’ facade? Or is it falling apart?

As Israeli Occupation aggression in Palestine escalated in May, in what is described as the worst acts of violence since 2014, social media has become a platform for airing tensions.

Once known primarily for viral dance trends and humor, TikTok and Instagram have also become vital vessels for sharing news.

Footage of airstrikes, destruction in the Gaza Strip and countless pro-Palestinian protests have all gone viral on these platforms, therefore bringing the conflict to people’s screens all over the world.

Social media users posted clips, all while using hashtags such as #SaveSheikhJarrah in reference to the forced evictions of Palestinian families in a East Jerusalem neighbourhood

Through this, an air of awakening seemed to dawn on social media users, as more and more are becoming aware of the atrocities by the hands of the IOF, which was once so-very well hidden.

But how did the Israeli Occupation respond?

Soldiers from the IOF and the military itself have resorted to active attempts of influencing the ‘Middle East narrative’ through ‘witty, funny and alluring’ social media posts.

In turn this has received both praise and criticism, as they brazenly took to Tik Tok to defend Israeli Occupation actions in response to the Palestinian resistance retaliations.

Videos include soldiers dancing in uniforms, accusing Palestinians in partaking in fake funerals and joining in on viral trends regularly seen on Tik Tok such as dancing with Palestinian and Israeli Occupation flags over their heads as they point to their ‘preferred flag.’

In one post by IOF soldier Natalia Fadeev, she wrote, “When they tried to destroy your nation but you ended up having one of the most powerful armies.”

Such posts have received millions of views and likes, with Fadeev regularly posting similar clips while using sexualized content, mastering the art of provocative facial expressions and gestures.

These moves can be described as strategic, seeing as they are targeting social media sites with a younger audience. By using ‘humourous’ undertones, they are able to captivate the younger crowd, as they interact with their content in hopes that they would disregard the reality on the ground.

Going up the hierarchy, in further attempts to normalize ongoing violence, the IOF spokesperson for Arab Media himself, Avichay Adraee posts so-called cheeky and light content.

In one TikTok he sings the Palestinian song by Mohammed Assaf ‘Ana Dami Falasteeni,’ while changing the lyrics to ‘Ana Dami Israeli.’
However, it seems as if social media users are not phased by this any more, with comments being left on the so-called “IOF-Tok’ such as “They literally steal everything,” and “The world stands with Palestine.”