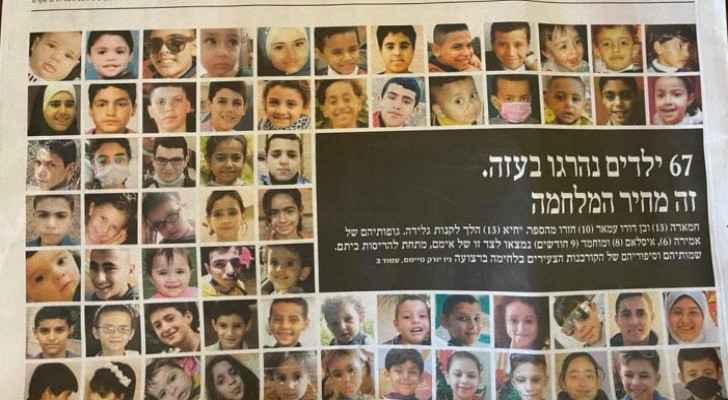 The New York Times conducted Thursday, a rare coverage under the title "They Were Only Children", in which it published pictures and names of the 66 Palestinian children who were killed in the Israeli Occupation bombing of the Gaza Strip, and the story of each one of them.

In similar context, the Hebrew newspaper 'Haaretz' published, on its front page, pictures of children, and wrote over the picture "This is the price of war," as well as published stories and names of the Gazan children.

The move by Haaretz sparked anger in the Israeli Occupation, describing it as "the Hamas newspaper."

On Twitter, a Knesset member, Betzalel Smotrich, said "If for some reason you do not unsubscribe from this Hamas newspaper, this is a good opportunity."

Another Knesset member, Matan Kahana, said "Haaretz forgot to mention that this is the result of Hamas' disgusting strategy of using children as human shields while Hamas directs its weapons at the heart of our civilian population."

In its detailed report, The New York Times published the names of all the children who were martryed: