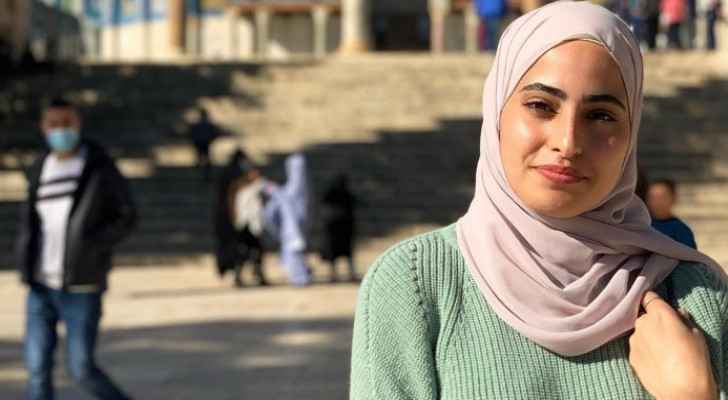 Wednesday, Palestinian journalist and social activist Muna Elkurd, who is a resident of the Sheikh Jarrah neighborhood in Occupied Jerusalem, reported that she was removed from a special virtual session for the United Nations Human Rights Council entitled “the Grave Human Rights Situation in the Occupied Palestinian Territory, including East Jerusalem.”

During the session, Elkurd spoke about her neighborhood where residents are being threatened to be evicted from their homes. She said she was not aware that speakers from the Israeli Occupation were participating. She noted that she gave a short speech then shared a message saying "Hello, I am Muna ElKurd from the Sheikh Jarrah neighborhood in Jerusalem, the eternal capital of Palestine."

Her message ended with "We as Palestinians want to live in peace and security in the State of Palestine on its land from sea to river."

In a detailed post on her Facebook page, she said that during the United Nations session, someone from the office of the Israeli Occupation's Prime Minister Benjamin Netanyahu claimed injustice and said that civilians were being killed.

In an article published by the United Nations Human Rights Council, they wrote "Muna El Kurd, journalist and resident of Sheikh Jarrah in Jerusalem, said the Israeli occupation forces refused to properly examine the property rights of Palestinians while the Israeli Government and colonial businesses were separating Palestinians from the land. There was an apartheid regime: settlers could move around freely unlike Palestinians. Sheikh Jarrah was illegally sealed off; residents could go out with their papers but nobody - nor their friends nor their loved ones- could come into this area. The colonial violence suffered by residents and people who took part in peaceful protest was barbaric. Palestinians were fired upon using rubber bullets, including in their homes." 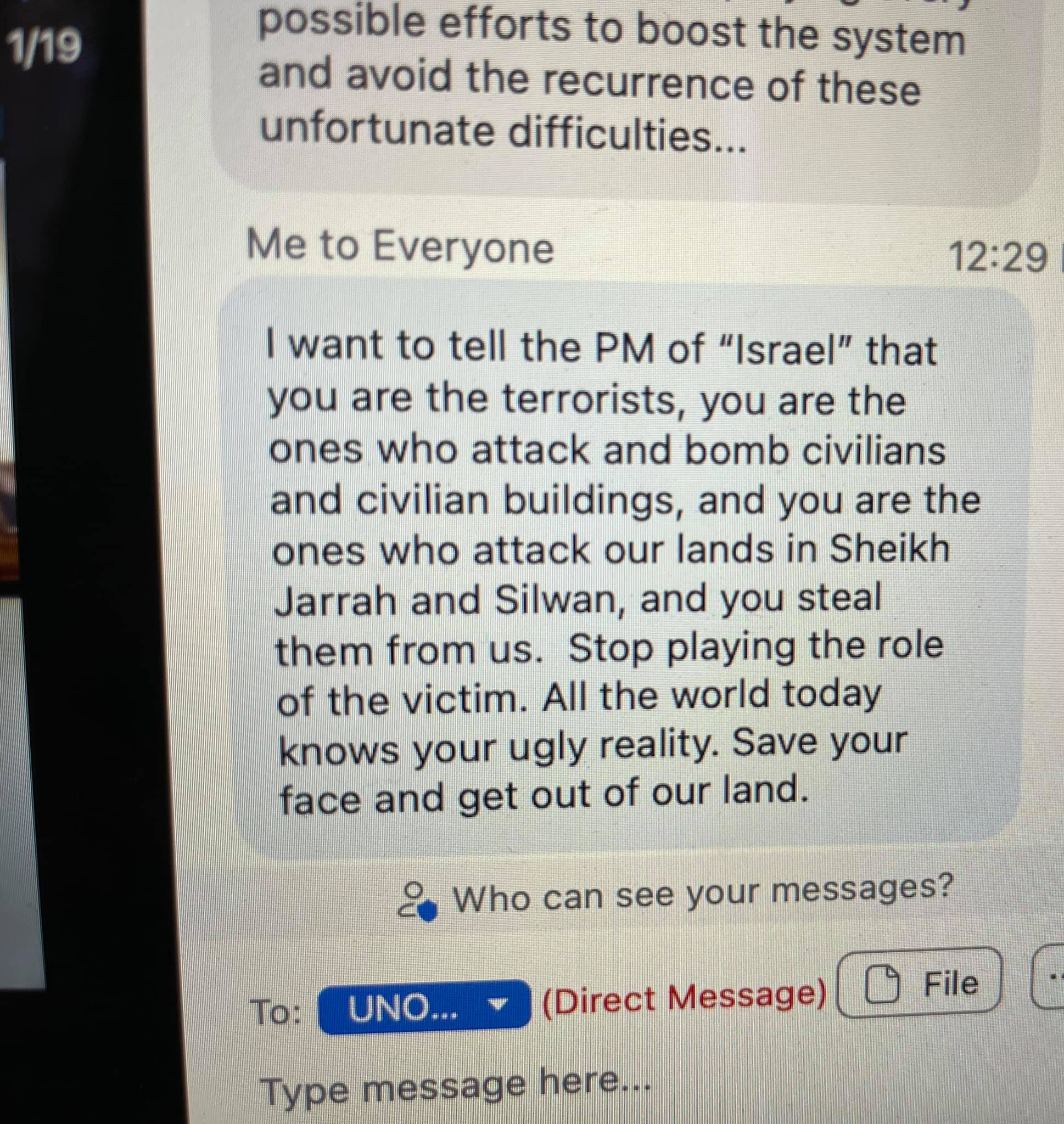 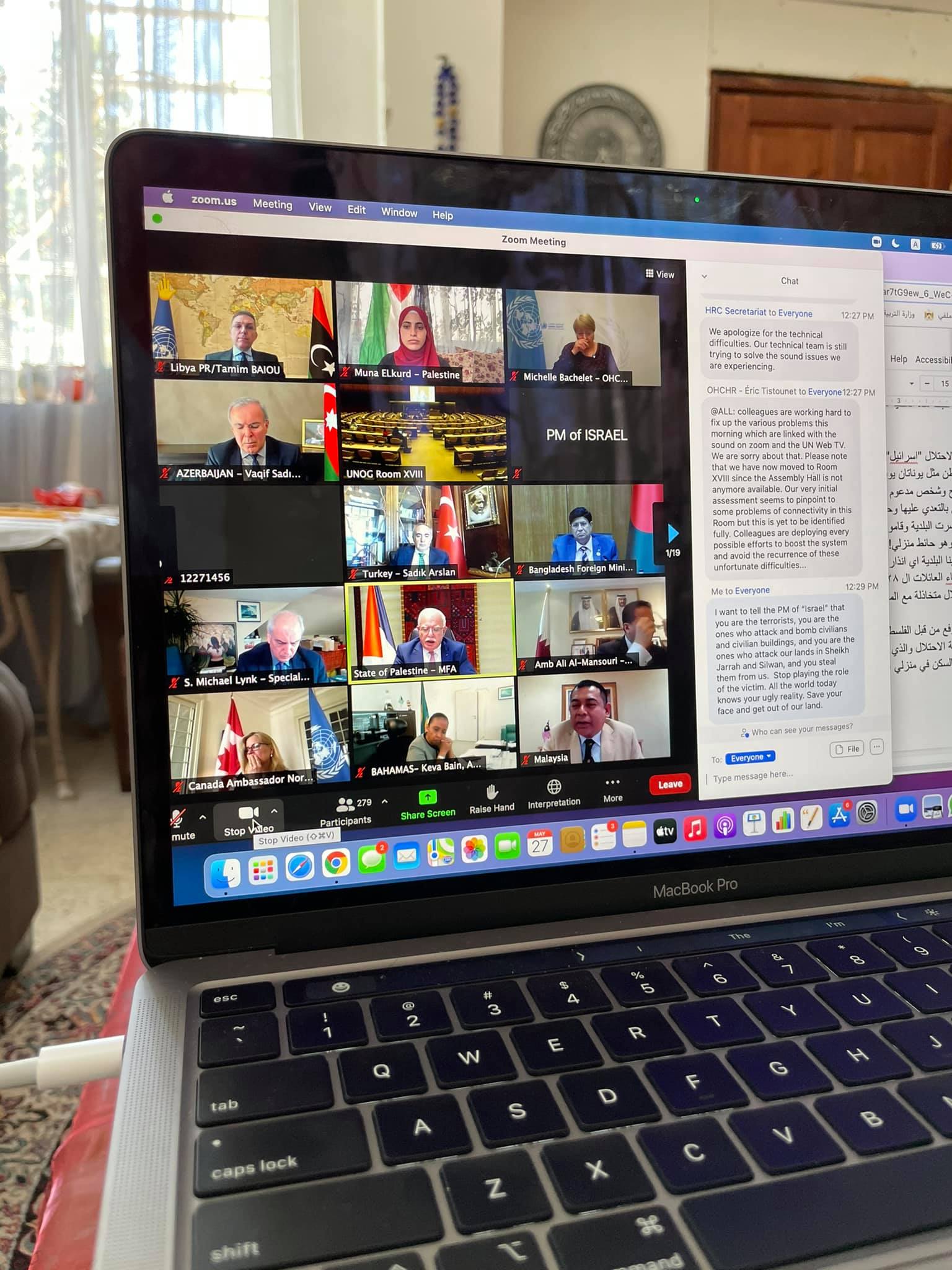