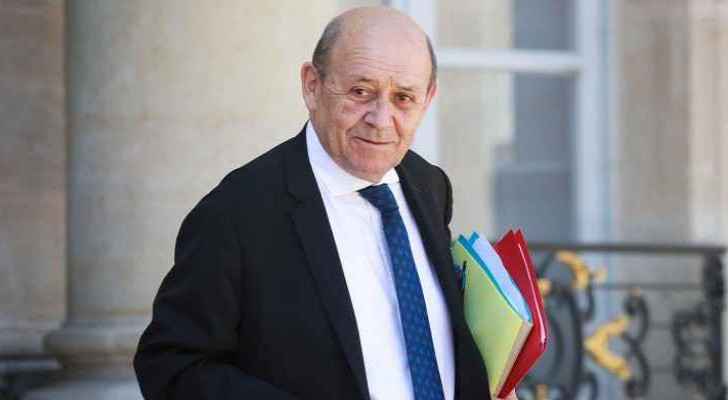 Thursday, the Israeli Ministry of Foreign Affairs summoned the French ambassador to the Israeli Occupation after "shocking" statements by French Foreign Minister Jean-Yves Le Drian about the dangers of the Hebrew state witnessing "racial segregation," according to a ministry spokesman.

A spokesman for the ministry, quoting the foreign minister, added that these statements were "unacceptable, baseless and detached from reality."

Le Drian said Sunday, commenting on the 'confrontations' that broke out between Jews and Arabs in several Israeli Occupation cities during the recent conflict with Gaza, that there is a "possibility of a great apartheid" unless a Palestinian state is reached alongside the Israeli Occupation.

The Israeli Occupation Foreign Ministry said in a statement that it expects its friends to "not make irresponsible statements so as not to promote militancy and anti-Israel and anti-Semitic activities" abroad.

Le Drian said during an interview with "RTL" radio station and "Le Figaro" newspaper, "It is the first time that this happens, which shows that if a solution other than the two-state solution is adopted, components of apartheid will be available that will last for a long time."

Israeli Occupation Prime Minister Benjamin Netanyahu viewed these statements Wednesday as "an ethical lesson marked by hypocrisy and misinformation on this issue."

"We will not accept hypocritical sermons," Netanyahu said.

Recently, the "B'Tselem" Israeli non-governmental anti-settlement organization, based in Washington, accused the Israeli Occupation of adopting an "apartheid" system, which the Jewish state strongly denied.

French FM visits Lebanon to press for formation of ....