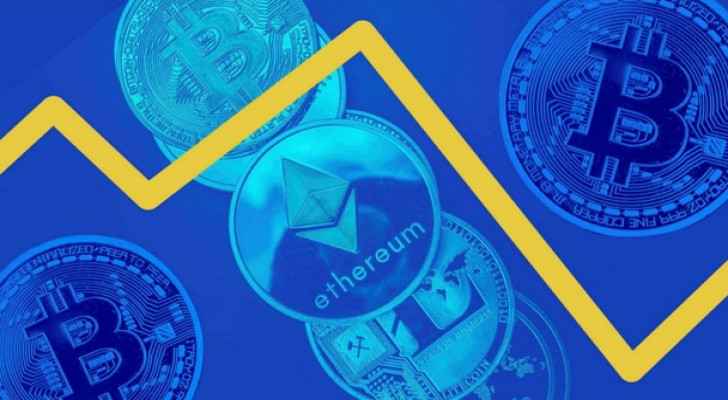 What was once the newcomer to the stock markets, where only certain traders dared to venture, cryptocurrency has grown in popularity, attracting the attention of many public-listed companies, hedge fund managers, celebrities, and traders alike.

The evolution of money comes in the form of digital currencies and decentralised finance (De-Fi), which have become more popular over the last year or two, particularly as a response to the chaos caused by the COVID-19 pandemic.

Blockchain technology that is used in DeFi and cryptocurrencies is now used in various industries like healthcare, supply chains and the 'Internet of Things.'

Digital currencies have paved the way for a whole new perspective on the financial world, with the crypto market hitting the $2.5 trillion mark after a big year in 2020.

The founder and CEO of the fintech start-up 'Glint', Jason Cozens had this to say about cryptos, “There’s no clearer sign that alternative currencies have cemented their position in the mainstream. Throughout the ongoing surge towards alternatives, consumers have made it clear that the incumbent system is no longer fit for purpose as they search for more value and control over how they spend and save their money.”

This year, three cryptos in particular have been rising to the top: Bitcoin, Ethereum, and Dogecoin. Let’s see why.

Bitcoin remains the kingpin in the crypto world, and thanks to a huge amount of institutional investment and a boost in cultural popularity, Bitcoin is now seen by some as a hedge against economic uncertainty.

It accounts for 46 percent of the total crypto market value and remains the largest crypto by a long shot. Since Bitcoin surged to its all-time high of around $65,000 in April, the crypto has fallen somewhat, to trade in the $56,400 to $59,700 range throughout much of May.

Driving factors for Bitcoin’s sky-rocketing prices have been the investment and public support it is receiving from high-profile people like Twitter CEO Jack Dorsey and Tesla CEO Elon Musk. Payment platforms like Visa are now allowing for Bitcoin to be used for transactions, which further helps solidify Bitcoin’s place in the mainstream financial world.

The top crypto now boasts a market cap of $1.1 trillion and has risen by 98 percent this year already. The future of Bitcoin is shining bright, as the crypto continues to gain credibility in the markets from its acceptance as a payment method and its popularity among billionaire hedge fund managers like Paul Tudor Jones, companies like MicroStrategy, and celebrities.

However, traders should make sure to keep a close eye on the latest market developments as cryptos are unpredictable and susceptible to change. Remember, when it comes to cryptos, volatility is the norm.

Bitcoin ought to watch its back because Ethereum is taking over in terms of growth this year. Ethereum is up more than 400 percent so far in 2021, which is almost quadruple Bitcoin’s increase.

The globe’s second largest crypto soared above the $4,000 mark this year, which is an all-time high for Ethereum. In April alone, Ethereum’s crypto Ether rose over 40 percent, while Bitcoin dropped by 2 percent. Ethereum is certainly coming into its own, and the multi-faceted platform has set itself apart from Bitcoin and stepped out of Bitcoin’s shadow by differentiating itself and innovating, with the goal of being a type of decentralized internet.

Ethereum is working on upgrading its network as part of the innovations, which should result in faster transactions that require less power. The rise in popularity of NFTs (non-fungible tokens) has also added to Ethereum’s success, as the platform is one of the places through which NFTs can be run.

Ethereum’s market value now sits close to $500 billion, and celebs like Mark Cuban are singing the crypto’s praises, saying that with the upgrades, it could process more transactions per second than other cryptos, including Bitcoin.

Will Ethereum’s multi-faceted offerings allow it to eclipse the popularity established by Bitcoin, or will it happily settle for the number two crypto spot? Only time will tell.

What began as one of the biggest jokes in the financial world, Dogecoin has now turned the tables on everyone to the tune of some $90 billion, which is what the “joke” digital currency is now worth.

Dogecoin started out as memecoin, however an unexpected internet buzz caused a mob of day traders to rush to invest in the coin, which drove prices through the roof. Not only that, but Tesla CEO Elon Musk was a potential trigger (once again) thanks to a social media nod to Dogecoin.

After all of this, Dogecoin’s price rose by 118 percent in just one week in the beginning of May, outperforming things like the biggest ETF gold fund and Fedex stocks, according to CoinMarketCap.com.

The $90 billion “joke” coin has certainly turned the joke around onto the markets and stamped its mark as a formidable instrument in the crypto space this year. Will Dogecoin continue to capture traders’ attention, or will it go down with a laugh? Stay tuned to find out.

What would cryptocurrency be without volatility? The two seem to go hand in hand, and for some traders who invest in CFDs or Contracts for Difference, that volatility could present both opportunities and risks.

CFDs allow you take advantage of price movements in both directions—increases as well as decreases—of a number of cryptos like Bitcoin, Ethereum, and Dogecoin, without having to purchase the underlying asset and without the requirement of an e-wallet.

When you trade crypto currencies with iFOREX as CFDs, you’ll have access to iFOREX’s innovative trading platform that combines today’s top software technology with a user-friendly interface that makes opening, closing, and monitoring deals straightforward and intuitive.

Before you trade crypto currencies with iFOREX as CFDs, be sure to take advantage of its signature educational resources pack including video tutorials, detailed trading guides, and 1-on-1 training sessions with a live trading coach who can help you develop your skills at your own pace.