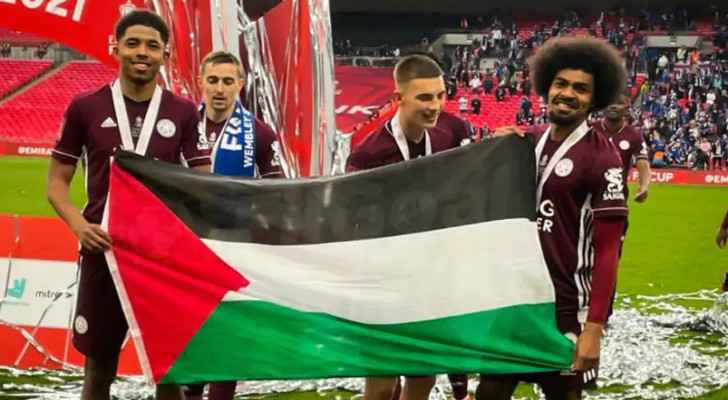 The final 1-0 win against Chelsea FC was played amid rising tensions and horrific violence by the Israeli Occupation in Gaza and Jerusalem, and as thousands protested on the streets of the world in solidarity with Palestine.

23-year-old Choudhury, a former England Under-21 international, came on in the last 10 minutes, with 20-year-old Fofana playing a vital role in the team's defense.

On Instagram, Choudhury posted a story which said "Palestine Forever," following the celebration.

Fofana reposted images of the duo holding the flag on his Instagram too.

Leicester City FC have not reached the FA Cup final since 1969 and have never won the competition.

So far, the death toll in Gaza has reached 174 deaths, including 47 children and 29 women since the beginning of the uptick of Israeli Occupation violence.