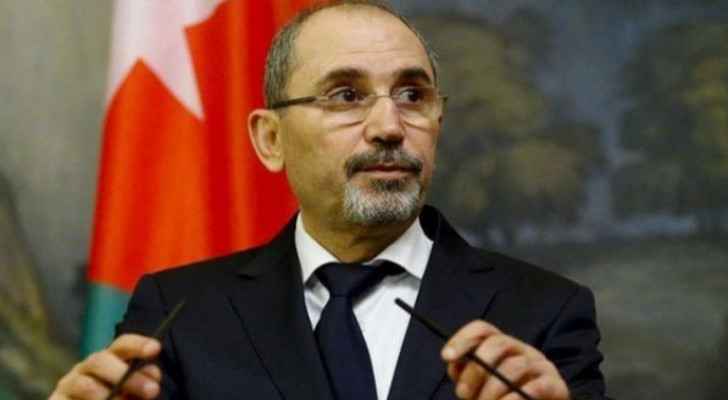 Sunday, the Deputy Prime Minister and Minister of Foreign Affairs and Expatriates Ayman al-Safadi participated in the virtual extraordinary session of the Organization of Islamic Cooperation at the level of foreign ministers, to discuss the Israeli Occupation's attacks and aggression on Jerusalem, Gaza Strip and the rest of the Occupied Palestinian territories.

He stressed that "the Palestinian case was and will remain a prioritized central issue. Jerusalem and its sanctities are a red line."

Safadi said "Our emergency meeting today is a message that the Islamic world stands united against the illegal, immoral and inhumane Israeli attacks and practices in Occupied Jerusalem and its sanctities and in the rest of the occupied Palestinian territories, and against the aggression on Gaza."

He added that "Israel is pushing the entire region towards more tension and conflict and threatening all chances of achieving a just and comprehensive peace."

He pointed out that "stopping the escalation requires an end to all illegal and provocative Israeli practices that set it off, and an immediate end to the aggression on Gaza."

"Attempts to change the legal and historical status quo in Jerusalem and its sanctities are a flagrant violation of international law and push the region towards more tension and conflict. The displacement of the residents of the Sheikh Jarrah neighborhood from their homes is a war crime that the international community should not allow to commit," he affirmed.