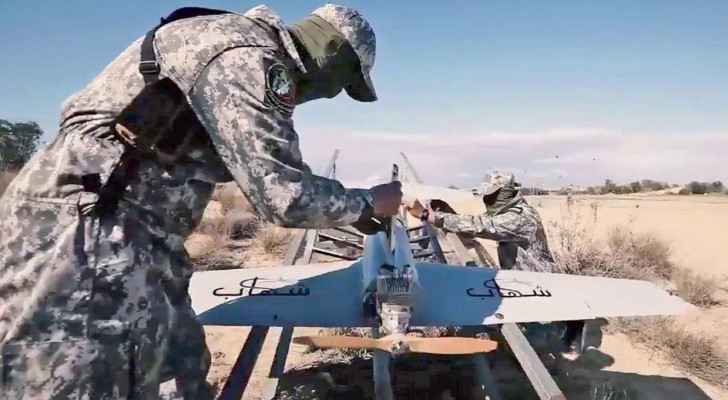 In videos, Al-Qassam Brigades said it had "introduced a new weapon into service in the Battle of the Sword of Jerusalem," the homemade Shehab suicide drone, which they used to target a gas platform off the coast of northern Gaza.

They added that this came “in response to the continuous Zionist aggression against our people in the Gaza Strip, and the assassination of a group of Al-Qassam leaders and commanders.”

“We promise the enemy more as long as it continues in its aggression.”

Additionally, Al-Quds Brigades, the military wing of the Islamic Jihad movement, announced that it bombed the Nahal Oz near the Gaza border, with a number of mortar shells.

The Palestinian resistance continues launching new batches of rockets at the towns and settlements in the occupied Palestinian territories.