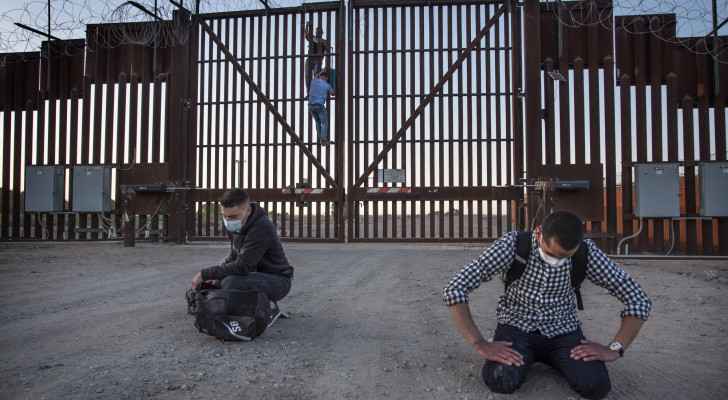 Arrests of immigrants at the US-Mexico border rose sharply in April, according to official data released Tuesday.

US border authorities announced that 178,622 people who did not have the necessary documents were prevented from entering, an increase of 5,000 from the number recorded in March.

This number is ten times greater than the count recorded in April 2020, when a restrictive policy in this area was in place under former President Donald Trump.

The number of arrivals as families, often with young children, reached 50,000, a decrease of about eight percent compared to the previous month.

The number of unaccompanied children allowed by the Biden administration to stay in the United States with relatives reached 17,171, a decrease of 18,890 people compared to March.

But these numbers are much higher than those recorded during the first months after Joe Biden arrived at the White House on January 20, when his critics spoke of a "crisis" on the border.

Most of the migrants come from Mexico, Guatemala, Honduras and El Salvador.