Seven regime forces killed in mine explosion in Syrian desert 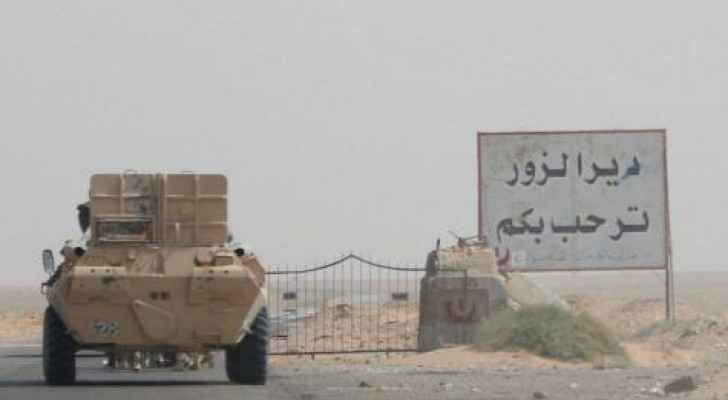 At least seven members of the Syrian regime forces were killed Monday in the explosion of mines planted by Daesh in Badia in central Syria, according to the Syrian Observatory for Human Rights.

Since announcing the elimination of its caliphate nearly two years ago and losing all areas of its control, Daesh has retreated to the desert between the governorates of Homs (central) and Deir al-Zour (east) at the border with Iraq, where its fighters are holed up in mountainous areas.

Monday, the observatory reported that "seven members of the regime forces and the gunmen loyal to them were killed and 18 others were wounded by the explosion of at least two mines planted by the organization's elements during the passage of a military force" in the Al-Sukhnah area in the eastern countryside of Homs.

With the recent increase in Daesh attacks against the regime forces, Badia has turned into a scene of clashes accompanied by Russian raids, in support of government forces, and targeting the sites of Daesh fighters.

Since March 2019, the observatory has documented the killing of more than 1,400 regime forces and militants loyal to them, as well as more than 930 Daesh militants, as a result of attacks and battles in the Badia.