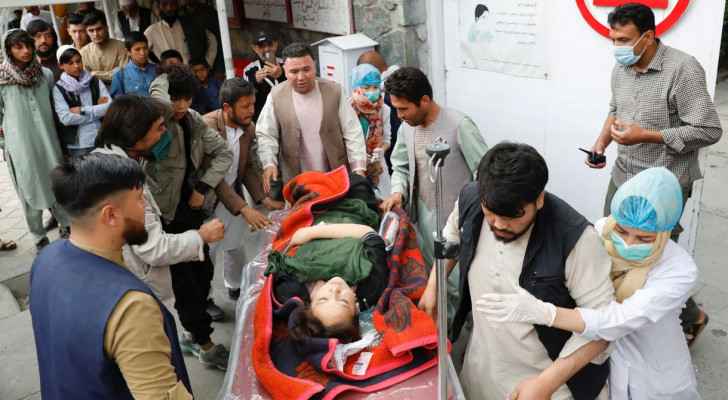 The Ministry of Foreign Affairs and Expatriates Sunday condemned the terrorist attack that targeted a school in the Afghan capital, Kabul, killing and injuring a number of people.

In a statement, the ministry’s spokesperson Daifallah Al-Fayez affirmed Jordan’s strong condemnation of this "heinous crime" and its rejection of all forms of violence and terrorism that target innocent people.

He also expressed his condolences and sympathies to the families of the victims and wished the injured speedy recovery.

Saturday, explosions outside a high school in Afghanistan’s capital killed at least 55 people and wounded over 150 others, mostly female students.

No group claimed responsibility for the attack.

Second Afghan journalist killed in less than one month

Second Afghan journalist killed in less than one ....