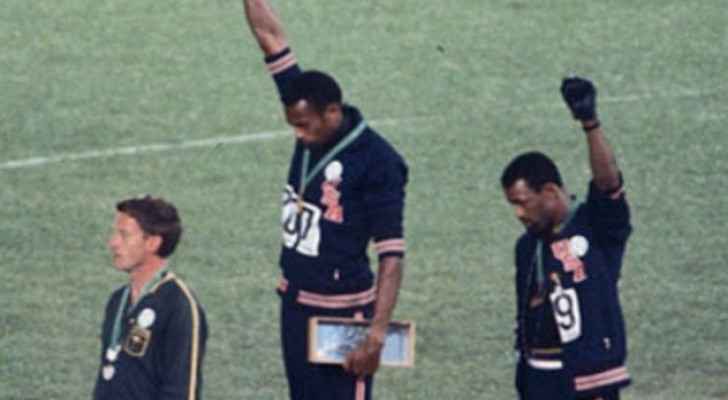 Thursday, the International Olympics Committee (IOC), said athletes will be prohibited from protesting or presenting any political messages during the Tokyo Olympics this summer.

The IOC ruled that 'Black Lives Matter' (BLM) or any slogans related to the movement will not be allowed on any athlete apparel at the Olympics venue.

That means taking a knee, raising a fist or wearing apparel that says 'Black Lives Matter' will not be permitted and athletes will face punishments if they break the rules.

But, the IOC has not disclosed what the punishment for offenders will be.

The decisions upholds Rule 50 of the Olympics, which addresses the 'demonstration or political, religious or racial propaganda' on the playing field, at the medal stand or during the games' official ceremonies.

The IOC conducted a survey last year, speaking to 3,500 athletes about their thoughts on political protests during the olympic games.

In the survey, it was found that 70 percent did not want to remove the pre-existing ban.

"I would not want something to distract from my competition and take away from that. That is how I still feel today," she said.

Minnesota protesters march near state capitol in honor of ....