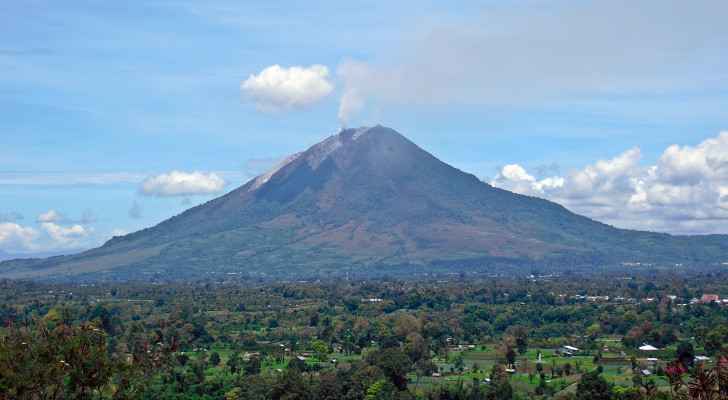 The volcano, located in the North Sumatra province, began erupting Friday morning, lasting around five to six minutes, according to Indonesian geologists.

Residents in the area were not asked to evacuate and no flight disruptions were announced.

However, the authorities requested residents to avoid the five-kilometer area around the volcano, a zone which has been unoccupied for some time due to volcanic activity.

“Residents and tourists should not do any activity around Mount Sinabung or relocated villages because the volcanic activities remain high,” an mountain monitoring official, Muhammad Nurul Asrori, told AFP.

The volcano is 2,460 meters high and has been dormant up until 2010, when an eruption killed two people.

It erupted once more in 2013 and has remained active since.

The country has around 130 active volcanoes due to its geographical location. The archipelago sits on a belt of tectonic plate boundaries in the Pacific Ocean, dubbed the 'Ring of Fire,' where siesmic activity is common.