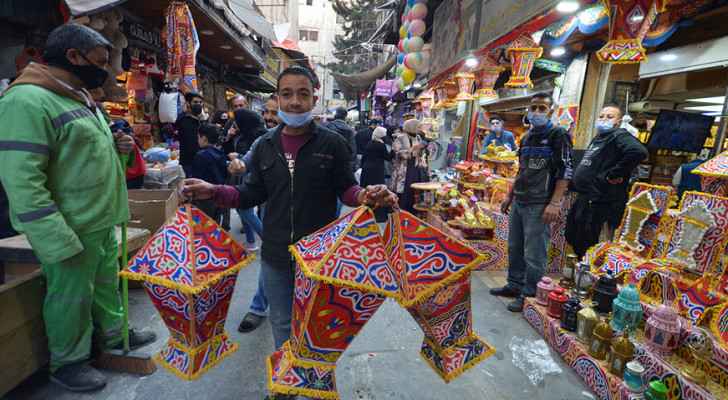 Friday, Jordanians called for the reduction of curfew hours to enable citizens and residents to buy supplies and other items in preparation for Eid al-Fitr.

Citizens complained about the lack of time permitted for them to go to shops, pointing to their inability to buy what is needed for the Eid, especially seeing as the curfew imposed requires establishments to close at 6pm, with citizens having to return home by 7pm.

A few days ago, the Minister of State for Media Affairs, Sakher Dudin, confirmed that the curfew will remain in place during the Eid al-Fitr period.

Dudin stated that the official holiday for Eid al-Fitr will be from Tuesday, May 11, until Saturday, May 15, noting that the government allocated five days for the holiday to give citizens the opportunity to shop on Tuesday and Wednesday, with Eid falling on Thursday, May 13.

In turn, Dudin's decisions were widely rejected by citizens and merchants alike.

Friday, a citizen, identified as Um Mahmoud, told Roya that the government disregarded the people with their decisions. How can citizens juggle everything,"Between fasting, leaving the house and the requirements of Ramadan," with the short time allocated to roam, she asked.

Another citizen, Suhaila Alimat, expressed to Roya the difficulty she faces in juggling multiple chores. "By God, I do not have the time to prepare for my children, go and cook... there is no time, especially with the traffics on the roads... that's another story."

Citizens called for the abolition of the curfew hours while tightening procedures against violators, considering that the government is "mastering" the restriction of the livelihoods of Jordanians, as described by them.

The demands did not stop with the citizens, as the Jordan Chamber of Commerce (JCC) also called on the government to change the curfew hours to 12am instead of 7pm.

The JCC indicated that the decision to reduce the curfew hours by two hours will not benefit the private sector, asking the government to allow establishments to operate for an extra five hours, especially during the last days of Ramadan.