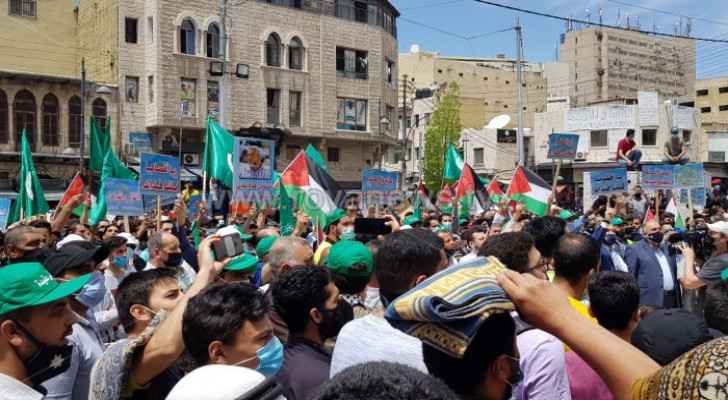 Friday, thousands of Jordanians demonstrated in solidarity with the citizens of the Sheikh Jarrah neighborhood in Occupied East Jerusalem, in various regions across the capital and the rest of the Kingdom.

Demonstrators called on the government to take a firm stand in the face of the Israeli Occupation and skip the stage of 'useless diplomatic moves.'

Protestors said the government could present the case to the International Court to stop the violations against the residents of the Sheikh Jarrah neighborhood, and expel the Israeli Occupation ambassador from Amman.