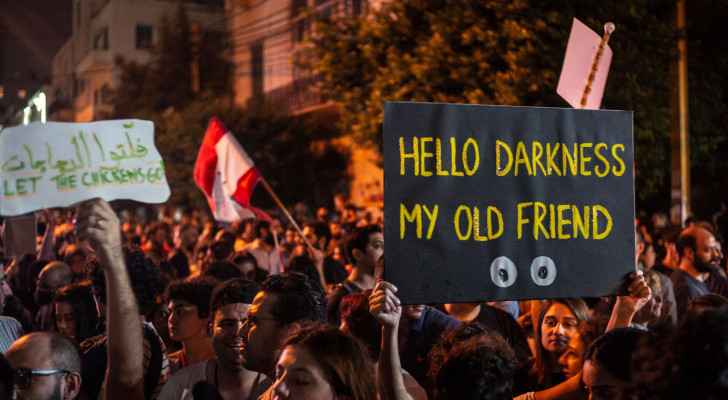 Thursday, the Lebanese caretaker government said in statements that Lebanon could face total darkness as finances for electricity will run out this month.

“We should not forget that starting May 15, gradual darkness will start,” parliament member Nazih Negm was quoted saying after a meeting with the finance and energy ministers.

Notably, Lebanon’s parliament had approved a $200 million emergency loan in March to be allocated for fuel imports for power generation, however, no approvals have been made so far.

Upon speaking to a Roya reporter, the power went out in Chahine's home, cutting her off mid-sentence.

"We have become so accustomed to the timings of power outages that we now have an internalized clock warning us to take the stairs rather than the elevator," said Chahine.

Chahine, a student, who due to the pandemic, depends heavily on online education, also highlighted the effect  power outages have on her learning, noting how often they get disconnected from her online classes.

Lebanon’s caretaker energy minister, Raymond Ghajar, warned that Lebanon would plunge into “total darkness” at the end of May if no funds were allocated to purchase fuel for power outlets.

“Lebanon could head towards total darkness at the end of the month if Electricite du Liban is not provided with financial aid to buy fuel,” according to the National News Agency, citing Ghajar.

Following a meeting with Lebanese President Michel Aoun, Ghajar warned of the repercussions on all sectors if the power went out.

Gaza on cusp of health disaster as sewage pumping ....

Gaza on cusp of health disaster as sewage ....

Gaza on cusp of health disaster as sewage ....

Gaza on cusp of health disaster as ....