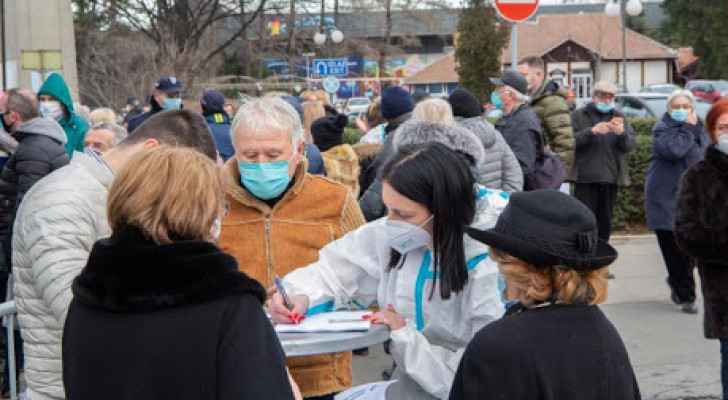 Wednesday, Serbia's president, Aleksandar Vucic, said his country would pay each citizen who gets a coronavirus vaccine before the end of May, in what could be the world's first cash-for-jabs scheme.

Serbia bought millions of doses and briefly became a regional vaccine hub when it offered foreigners the chance to be inoculated.

However, after 1.5 million of Serbia's seven million population received two vaccine doses, the inoculation drive has started to stall.

"All those... who received the vaccine by May 31 will get 3,000 dinars (25 euros, $30)," Vucic told local media, adding that he predics another three million to be vaccinated by the end of the month.

He said Serbia wanted to "reward people who showed responsibility."

But, he added that public employees who did not receive a vaccine would not get paid leave if they contracted the virus.

Economy expert and editor of Nova Ekonomija magazine, Biljana Stepanovic, said the president is "acting like Santa Claus" with taxpayer money, noting it is "illegal" to deprive workers paid leave.

Serbia is hoping to bolster the vaccination campaign Thursday by offering jabs in shopping centres and rewarding volunteers with vouchers.

"I have not encountered in medical literature anyone being paid for COVID-19 vaccinations," Serbian epidemiologist Zoran Radovanovic told AFP.

However, Radovanovic warned that stimulating vaccination drives with money could be a double-edged sword.

"It will push some of those who live in extreme poverty to get vaccinated, but it will produce resistance with some of the others," he said.

"The logic is this: if the state is paying me to do something it is telling me is for my own good, then something is fishy."

'Vaccine tourists' flock to Serbia to ....