Chinese rocket could be seen in Jordanian skies at midnight: Astronomer

Chinese rocket could be seen in Jordanian skies at midnight: Astronomer 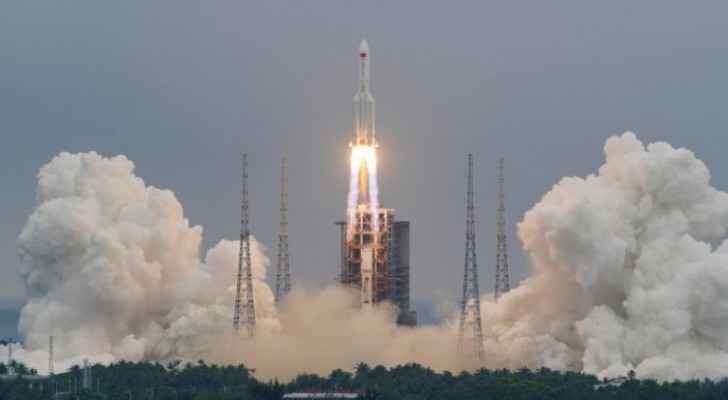 Astronomer Imad Mujahid expected that the Chinese 'CZ-5B R/B' rocket, which has lost control since last week, will cross the Jordanian skies from Egypt at 12:05am Friday.

Mujahid told Roya that the rocket will shoot across the Kingdom's sky for a few minutes from Egypt, appearing first near the Gulf of Aqaba before flying over the north of Jordan.

He added that the rocket can be seen with the naked eye, in the form of a bright dot running between the stars, noting that the date of its passage was determined according to the maps published by the US space agency NASA and the Pentagon.

The rocket takes a full round around the Earth every 90 minutes, meaning that it will appear in a completely new location every minute a person tries to track it, according to AlHurra TV Channel.

Mujahid pointed out that the Chinese rocket is expected to fall in the Black Sea, and it will not be possible to determine the location of its descend until a few hours before it drops.

It is currently not ruled out that the rocket may fall on land, causing damage.

April 28, China was in hot water after a rocket used to launch a satellite spiralled around Earth. The rocket, is 30 metres long and weighs 21-tons and will be the largest to ever have an "uncontrolled re-entry" into Earth.

Experts are unsure where the rocket will land due to the speed in which it is moving around Earth.

China launched it to carry the first unit of a new space station that Beijing is building in space.

These rockets usually put their payload in Earth orbit and return to land in a predetermined location, or they burn and disintegrate in the Earth's atmosphere.

However, the Chinese rocket is out of control and is currently in Earths orbit, and it is not known where its debris fell.

The debris of the rocket, after burning in the atmosphere, may fall into the oceans that cover most of the Earth's surface, but it still poses a threat to inhabited areas.

Due to the sheer size of the rocket and the speed in which it is travelling, most of it will burn up in the atmosphere when it re-enters.

To track the movement of the rocket or debris, you can visit N2YO.com, then enter the rocket name "CZ-5B R/B" in the search box at the top right of the screen.

You can also follow its path using the following link: https://orbit.ing-now.com/3dlaunch/payload/data/2021-035/.