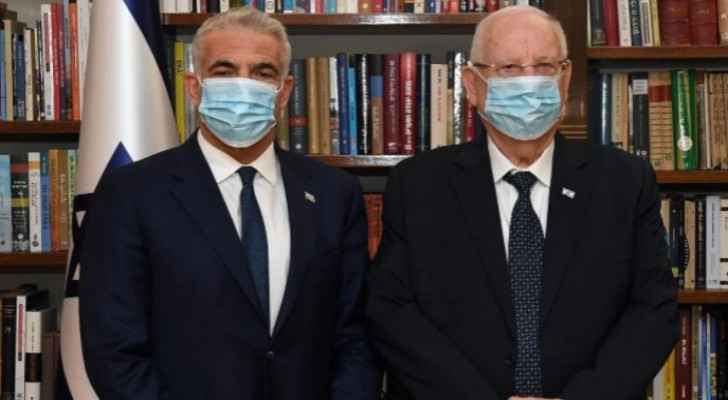 The Israeli Occupation's President, Reuven Rivlin, made the announcement after consulting with party leaders to determine if any lawmaker had an alternative path to clinch a coalition and end an unprecedented era of political gridlock.

Rivlin noted that Lapid might seek a deal in which another lawmaker serves first as prime minister, as part of a compromise rotational coalition.

"I will do everything to ensure that an Israeli [Occupation] unity government will be formed as soon as possible so we can get to work for the people of [the Israeli Occupation]," Lapid said in a statement after the announcement.

Beforehand, Lapid confirmed that he offered such an arrangement to the leader of the religious nationalist Yamina Party, Naftali Bennett.

Rivlin said he believed Lapid could form a government that has the confidence of the Knesset, despite the existence of many difficulties.

On March 23, Netanyahu's right-wing Likud party came first in the elections, therefore earning him a 28-day mandate to negotiate a government.

However, the mandate expired at 9:00pm on Tuesday, with Netanyahu informing Rivlin he had been unable to secure a majority in the 120-seat parliament.