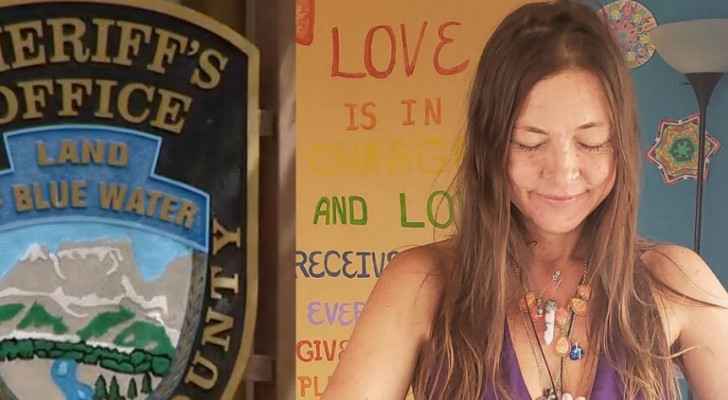 Wednesday, the body of 45-year-old Lia Amy Carlson, known as 'Mother God' of the spiritual cult 'Love Has Won,' was found mummified, wrapped in a sleeping bag, and decorated with Christmas lights in the rural town of Moffat, Colorado.

Her eyes appeared to have been removed.

Carlson's death is yet to be confirmed, but detectives believe she died two months ago after ingesting colloidal silver, which 'Love Has Won' had been selling as a coronavirus cure.

An officer searching the home said her remains were set up in "some kind of shrine" with glitter makeup around her gouged eyes.

In turn, the authorities arrested seven people for corpse abuse after Carlson's remains were found.
Some of them were also charged with child abuse as two children -- a 13-year-old girl and a two-year-old boy -- were found on the property.

Carlson's began the cult after leaving her third husband and job at McDonald's in 2018. She claimed she was a divine creature who has been attempting to save humanity for 19 billion years.

The cult believed she communicated with angels and that she was leading them to a great awakening. They offer "spiritual intuitive ascension sessions" and sell spiritual healing products online.

According to CBS Denver, a cult member told police that the cult had his two-year-old son and would not let him leave, which led to the discovery of Carlson’s body.

The individual, who has not been charged, told the authorities he had taken in a group of people who needed accomodation, and he found the body in a back bedroom when he returned home Wednesday following a trip to Denver.

He reported the body, claiming the cult had transported Carlson's body to his home from California.

Additionally, investigators also searched an SUV on the property and said the back seat was laid down in a position "consistent with someone transporting the mummified remains."

According to Russia Today, "members also believed Donald Trump was Carlson's father in a past life."

The former president has not commented.