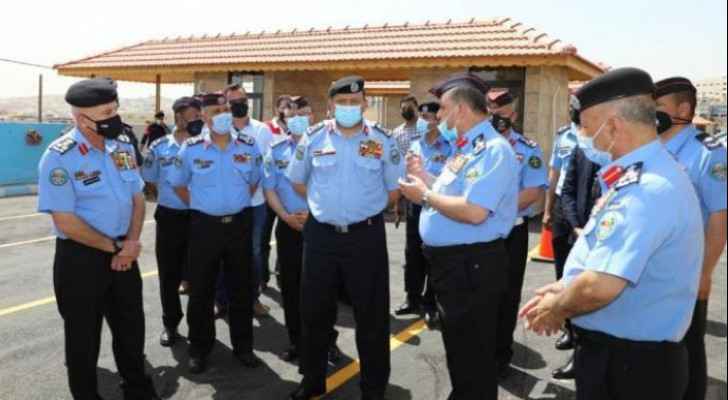 Tuesday, the Director of the Public Security Directorate (PSD) Hussein al-Hawatmeh launched a new drive-thru vehicle licensing service at the Vehicles and Drivers Licensing Department. This service enables citizens to renew vehicle ownership licenses without getting out of their vehicles.

Hawatmeh visited the site and stressed that the PSD seeks to achieve 'royal visions' through creative projects which are an important part of the improving public security strategy.

Hawatmeh ordered the implementation of this service in other licensing departments, stressing the need to expand and improve to make services more accessible and convenient for citizens. He asked for a comprehensive study to be conducted on the establishment of similar drive-thru licensing stations on the Kingdom's main highways.

Hawatmeh pointed out that the PSD is launching a number of projects and services aiming to improve security services.

He added that the launch "coincides with the centenary of the Jordanian state, which we celebrate with work and achievements to serve Jordanian citizens."