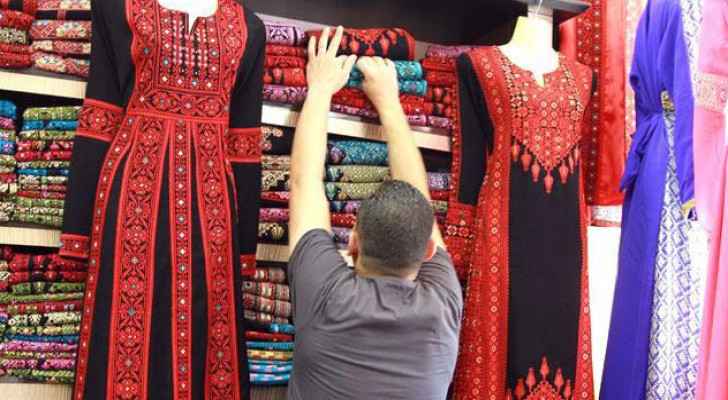 Tuesday, the head of the Clothes, Shoes and Fabrics Merchants Syndicate, Munir Deyya, said that markets have witnessed a slight improvement in sales recently.

Despite this, the slight improvements have been "very limited" in comparison to the beginning of Ramadan, said Deyya.

However, there are indications of improvement regardless, he said.

This coincides with the disbursement of salaries, the abolition of the Friday lockdowns, and the approach of Eid Al Fitr, said Deyya.

He pointed out that the slight improvements cannot be compared with previous years, stressing that normally, the Eid al-Fitr season constitutes a large percentage of the annual sales of the sector’s merchants.

He indicated that the hours permitted for citizens to shop are still "tight," which affects sales movements.

However, Deyya expected purchases to become more active in the coming days.

He noted that the prices of clothes and shoes are stable and have remained within their normal levels.

The Kingdom's imports of clothes and shoes decreased by 50 percent during the first quarter of this year, down to about JD 35 million, compared with JD 70 million during the same period last year.

The majority of Jordan's imports of clothes and shoes come from Turkey and China, along with some Arab, European and Asian countries.

The clothing, footwear and textile sector, which employs 57,000 workers, the majority of whom are Jordanians, includes more than 11,000 establishments operating in various regions of the Kingdom.

Traffic hinders citizen access to markets which are vital ....