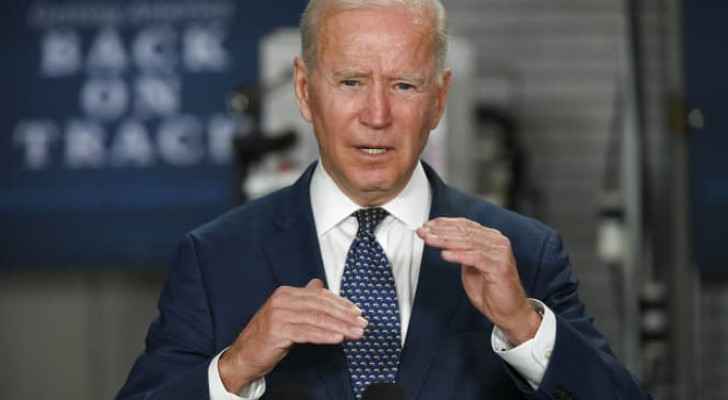 US President Joe Biden announced Monday that he would raise the number of refugees allowed to enter the United States to 62,500 this year.

This decision comes after the harsh criticism that Biden was subjected to from his allies because of his previous decision to maintain the restrictions that were put in place under Trump.

"This erases the historically low number set by the previous administration, which is 15,000, which does not reflect America's values as a country that welcomes and supports refugees," Biden said in a statement.

Last month, the White House said it needed more time to "rebuild" the refugee program after the Trump era, and that it would therefore maintain the ceiling of 15,000 refugees for this year.

Biden added that "The new ceiling will also strengthen the efforts already underway to expand the ability of the United States to accept refugees, so that we can reach the target of admitting 125,000 refugees, which I intend to set for the next fiscal year."

"We are working with all our energy to repair the damage that occurred during the past four years," he said in a statement.

This program only affects refugees who have been chosen by the US security and intelligence agencies from United Nations camps around the world for their resettlement in the United States, especially among the most vulnerable groups.

In February, Biden, who pledged during his campaign to double the number of refugees who could be accepted into the United States, said there were "80 million displaced people suffering in the world."

But, to everyone's surprise, in mid-April he chose to temporarily retain the ceiling set by his Republican predecessor.
Contradictory statements by the White House in the following days fueled criticism.

Representative Alexandria Ocasio-Cortez, one of the symbols of the party's left wing, denounced the "totally unacceptable" option.

"Biden promised to receive immigrants and the citizens voted for him on the basis of that promise. Maintaining the Trump administration's xenophobic and racist policies is a terrible mistake," she wrote on Twitter.

"I welcome the Biden administration's announcement that it will increase the number of refugees allowed to resettle in the United States. This is an important step in continuing our proud tradition.”

He announced the reception of 15,000 refugees about a month before the presidential elections in November 2020, which Donald Trump lost. The Republican billionaire made fighting immigration, both legal and illegal, one of the themes of his presidency.

Under the mandate of his Democratic predecessor, Barack Obama, an average of 100,000 people were received annually.

"Opening our doors to those in need of shelter is part of our genes as a country," said US Secretary of State Anthony Blinken.

"It is in our national interest to treat individuals nominated for these programs with fairness, dignity and respect," he added.