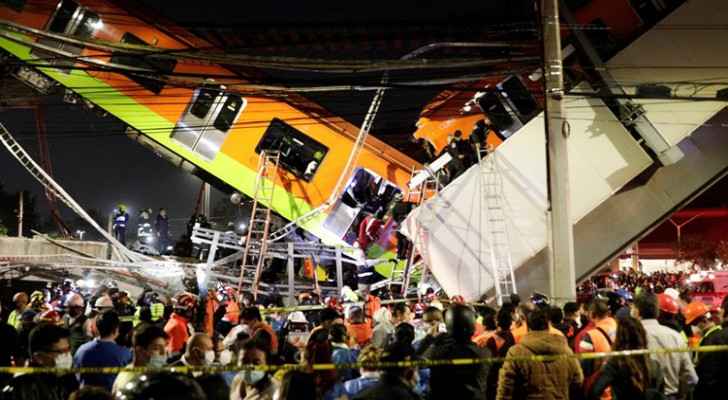 At least 20 are dead and dozens more injured after a metro overpass collapse Monday night in Mexico City.

The accident occurred around 22:00 local time near Olivos station on line 12 of the metro in the south of the capital.

Scenes broadcast by local channels showed dozens of firefighters and paramedics working hard during the night to rescue the train's passengers from among the rubble, wires and twisted pieces of metal.

Mexico City mayor Claudia Sheinbaum said the collapse was the result of a crumbling beam.

According to the Guardian, the Mexico City Metro is the second-largest metro system in North America.

Spring break tourism in Mexico goes on, despite pandemic

In Mexico City, residents wait five hours for one hour of ....