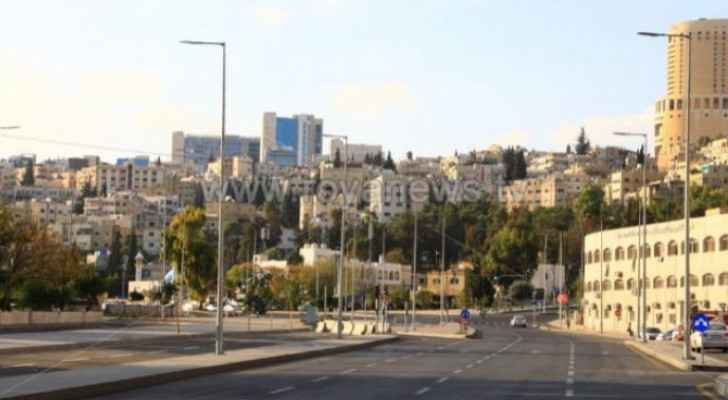 Weather forecasts indicated a slight drop in temperatures Wednesday while remaining above their annual average for this time of year.

The weather will be relatively hot, and very hot in the Jordan Valley and Aqaba.

High clouds will appear and they are expected to be especially prevalent in the southern regions.

The winds will be westerly and moderate, becoming active in the afternoon and may be accompanied by strong gusts over the eastern regions, causing dust waves.

Additionally, night temperatures are expected to decrease in comparison to night weather on Monday, resulting in moderate weather, especially in the later hours.

Thursday, an additional drop in temperatures is expected, resulting in slightly higher temperatures than the usual rates for this time of year.

The weather will become warm in various regions, while remaining hot in the Jordan Valley and Aqaba area.

Thursday night, temperatures are set to decrease even more, resulting in pleasant weather in various regions of the Kingdom and moderate winds.