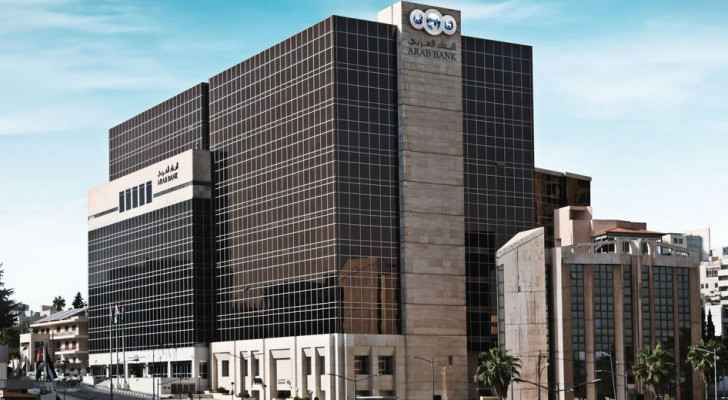 Arab Bank Group reports first quarter 2021 net profit of $128.3 millArab Bank Group has consolidated the financial statements of Oman Arab Bank under Group accounts in the first quarter of 2021. Oman Arab Bank has also recently finalized the acquisition of Al Izz Islamic Bank, a full-fledged Islamic bank, accordinglystrengthening its presence in the Sultanate of Oman, in line with Arab Bank’s strategy to reinforce its business in the Gulf region. The consolidation of Oman Arab Bank under the Group accounts has materially increased the size of Group balance sheet during this period, with total assets increasing by $8.1 Billion and loans and deposits each increasing by $7.1 billion.

Mr. Sabih Masri, Chairman of the Board of Directors remarked that the results of Arab Bank reflect the Bank’s resilient performance in this challenging economic environment, as compared to the pre-covid normal operating environment which prevailed in the first quarter of the last year.

Mr. Nemeh Sabbagh, Chief Executive Officer, commented that while operating revenue continues to be impacted by low interest rates and a higher cost of risk, the Bank’s performance demonstrates its robust fundamentals, its highly liquidity and its strong capital base with equity of $10 billion, capital adequacy of 16.4%, and a loan to deposit
ratio of 73.1%.

Mr. Masri concluded by expressing his optimism in future economic prospects, noting
that the high pace of vaccination programs witnessed by countries around the world will
hopefully lead to the gradual recovery of regional and global economies.