Venezuela raises the minimum wage threefold, but it's still not enough to buy a kilo of meat 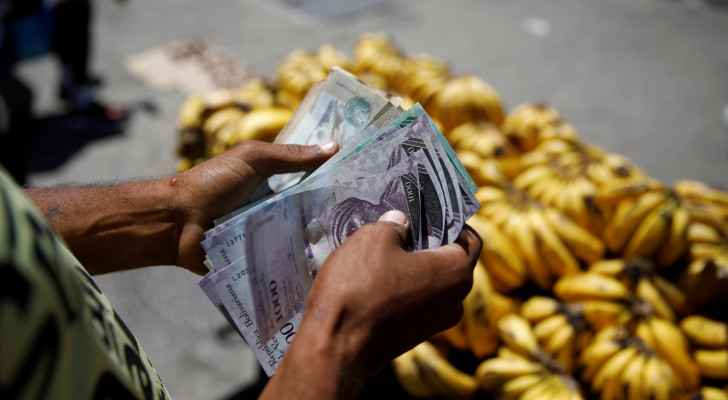 Saturday, the Venezuelan government announced a three-fold increase in the minimum wage. But the increase is still not enough to buy one kilo of meat, due to the country’s massive inflation crisis.

On the occasion of Labor Day, Labor Minister Eduardo Beniati told a gathering of regime supporters that the government had approved "increasing the minimum wage to seven million bolivars," equivalent to $2.50.

Thus, the government has raised the minimum wage by 288.8 percent.

However, this increase is not sufficient to improve the purchasing power of the citizen in a country that has been suffering for years under the weight of severe political, economic and social crises.

In a country whose economy is increasingly dependent on the dollar, the new minimum wage is not sufficient to buy one kilogram of meat, as the price of this commodity, which has become a luxury for many citizens, is $3.75 per kilogram.

"This is not the best news for workers on their holiday," economist Cesar Aristimonio told AFP, commenting on the decision to increase the minimum wage.

"It is certain that it will bring a little relief to many Venezuelans, but unfortunately what we will see is an increase in prices," he added.

Trump orders freeze on all Venezuelan government assets in ....

Trump orders freeze on all Venezuelan ....

Trump orders freeze on all Venezuelan ....