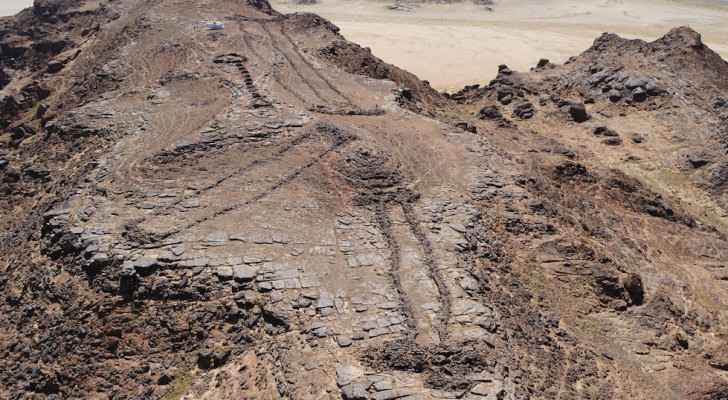 According to The Kingdoms Institute – Al-Ula's global hub for archaeological and conservation research, falling under the auspices of The Royal Commission for Al-Ula (RCU), the significant archaeological discoveries, complex structures called 'mustatils,' are more ancient than previously believed.

Mustatils, which is the Arabic word for 'rectangle,' are mysterious structures with varied appearances. They are usually rectangular and consist of two platforms connected by a pair of walls.

The update comes on the anniversary of the announcement of Saudi Vision 2030, which was unveiled five years ago this week, and to which The Kingdoms Institute will be a key contributor.

While the existence of the mustatils was previously known, the 1,000 mustatils that RCU teams recorded were roughly twice as many as were previously identified.

The aerial and ground research teams from the University of Western Australia surveyed vast stretches of the region by remote sensing and helicopter.

Upon recording the presence of mustatils from the air, the team on the ground discovered 40 and managed to excavate one, constituting the largest study of mustatils to date.

These structures in the Arabian desert provide early evidence of ritual activity.

Additionally, radiocarbon dating of a horn and tooth were found in a mustatil chamber, which, along with other objects appeared to have been used as a part of ritual offerings from the Late Neolithic era.

The Neolithic era marked the final division of the Stone Age. The Late Neolithic began around 6,400 BC in the Fertile Crescent. By then distinctive cultures emerged, with pottery like the Halafian (Turkey, Syria, Northern Mesopotamia) and Ubaid (Southern Mesopotamia).

The structures, spread across the desert, are more than 7,000 years old, with the latest announcements claiming they are older than pyramids.

“We think of them as a monumental landscape,” according to NBC, citing an archaeologist at the University of Western Australia in Perth and the study author, Melissa Kennedy.

“We are talking about over 1,000 mustatils. These things are found over 200,000 square kilometers, and they’re all very similar in shape ... so perhaps it’s the same ritual belief or understanding.”

RCU has been conducting a program of extensive research across Al-Ula in order to gain a better understanding of the area's human history.

“We have only begun to tell the hidden story of the Ancient Kingdoms of North Arabia,” said RCU's Executive Director of Archaeology, Heritage Research and Conservation, José Ignacio Gallego Revilla.

He noted that there is much more to come.