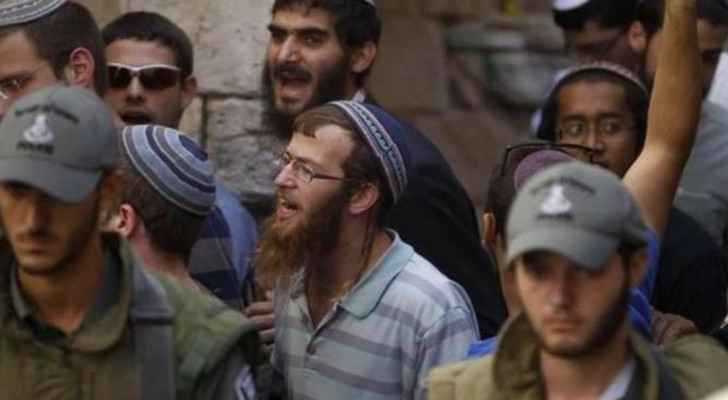 The Ministry of Foreign Affairs and Expatriate Affairs condemned Saturday, the Israeli Occupation police's harassment of Christians in the vicinity of the Church of the Holy Sepulchre in occupied East Jerusalem.

The ministry's spokesperson, Ambassador Dhaifallah Al-Fayez, said that the Kingdom condemns and rejects the Israeli Occupation police obstructing the arrival of Christians to the church to participate in holy celebrations, while attacking a number of them, and placing barriers in several areas at the church.

Thousands of Christians celebrated Jesus' resurrection through a fire ceremony.

Orthodox Christians took to the Church of the Holy Sepulchre to celebrate the fire ceremony, gathering in far greater numbers than last year due to COVID-19 related restrictions easing. The ceremony, symbolizing Jesus’ resurrection, is one of the most prominent events in the Orthodox Easter season.

Notably, most of the Christians were stopped from entering the church by Israeli Occupiers.

Fayez called on the Israeli Occupation authorities in occupied East Jerusalem in accordance with international law, to respect the historical and legal status quo in Jerusalem, not to impede the practice of religious rites, and to stop harassing Jerusalemites, regardless if they are Muslims wishing to worship at Al-Aqsa Mosque, or Christians wanting to go to churches, especially during Ramadan and the Easter holidays.

Fayez called on the international community to shoulder its responsibility in pressuring the Israeli Occupation to stop its ongoing violations in Jerusalem.