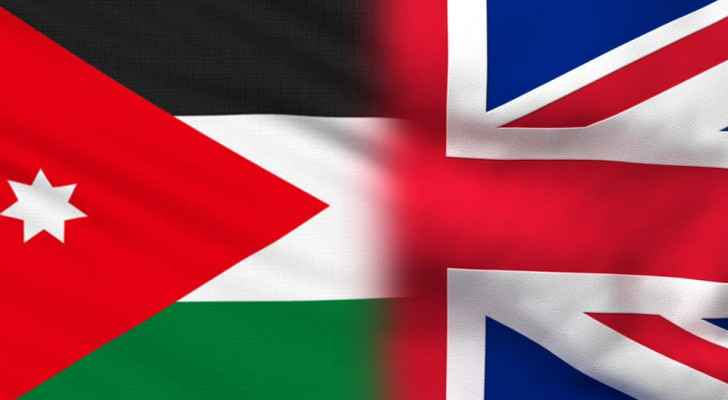 The new Association Agreement between the UK and Jordan, which goes into effect today, reaffirms the deep interest of both Jordan and the UK to strengthen their longstanding trade and economic relationship, according to a press release from the British Embassy in Amman Saturday.

The total trade on goods and services between the UK and Jordan was worth £561 million in 2020.

The UK priority is to promote investments, growth and jobs for Jordan, according to the release. The UK is working with the Jordanian government to overcome some of the structural issues that prevent greater FDI into Jordan. The country is supporting and promoting Jordan’s Public-Private Partnership Unit’s work and the National Infrastructure Projects that were prioritized by the Government of Jordan.

Welcoming the agreement, the UK’s Minister for Middle East and North Africa, James Cleverly said, "As we celebrate 100 years of UK-Jordan friendship, today’s new UK-Jordan trade agreement is an important step forward for our countries which will provide a boost to British and Jordanian businesses and ensure that friendship continues to grow and flourish."

The Jordan-UK Association Agreement was signed on Nov. 5 2019. A Jordanian Royal Decree was issued on Feb. 25 2021 and the Jordanian government confirmed on March 1 that all their procedures been completed.

The UK Statutory Instrument was laid before Parliament on March 24 and the UK Government informed Jordan on March 25 that all UK procedures have now been completed. In line with the terms of the Agreement, this will enter into force on May 1, 2021.

Private schools 'suck the blood of the Jordanian people': ....

Private schools 'suck the blood of the Jordanian ....

Britain says it will vaccinate every citizen over 50 by ....

Britain says it will vaccinate every ....