Traffic hinders citizen access to markets which are vital to survival of apparel sector: JCC

Traffic hinders citizen access to markets which are vital to survival of apparel sector: JCC 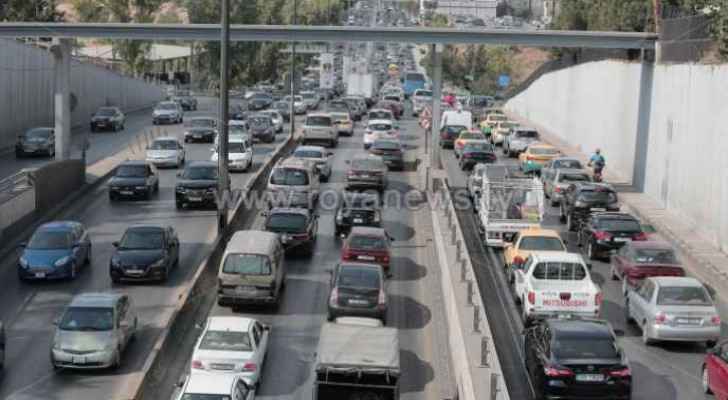 The representative of the clothing, shoes, fabrics, and jewelry sector at the Jordan Chamber of Commerce (JCC), Asaad Al-Qawasmi, confirmed Friday that the closure of some streets in Amman, caused traffic jams and impeded citizens' access to main markets which are vital to the survival of the apparel sector.

He pointed out in a press statement that traffic congestion following Friday prayers hindered shopping movements which was reflected in purchasing power, pointing to the closure of major outlets in the capital, including areas in Tla'a Al-Ali and Sweifieh, which are some of the main markets for the clothing and shoes sector.

He pointed out that the clothing and footwear sector usually takes over the lion’s share of citizens purchasing power during the last days of Ramadan, which requires that there be more shopping hours than what is currently allowed, in order to prevent congestion.

A review of the restrictions and curfew will contribute to increasing the hours permitted for citizens to shop, said Qawasmi, addint that this will provide financial liquidity for workers in the sector that would help them fulfill their obligations and maintain their work.

Qawasmi explained that Eid Al-Fitr and the events that follow are a major season to revitalize the commercial movement of the apparel, shoes and fabrics sector, and to compensate for the state of stagnation in the markets since the beginning of this year due to pandemic measures.

He pointed out that the sector's importers and merchants had prepared for the Eid al-Fitr season by providing suitable goods, in hopes for a breakthrough in commercial activity.

He stated that the Kingdom's imports of clothes and shoes decreased by 50 percent during the first quarter of this year, and decreased to about JD 35 million, compared to JD 70 million during the same period last year 2020.

The majority of Jordan's imports of clothes and shoes come from Turkey and China, along with some Arab, European and Asian countries.

The clothing, footwear and textiles sector, which employs 57,000 workers, the majority of whom are Jordanians, includes more than 11,000 establishments operating in various regions of the Kingdom.

Three injured in traffic accident on ....