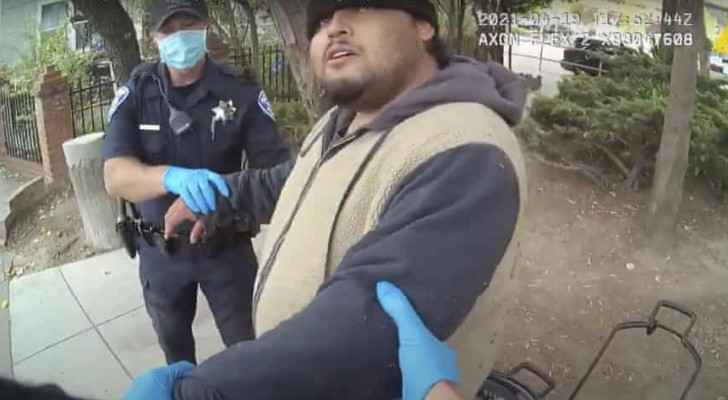 Police in Alameda, California, released a video showing officers pinning a man to the ground for more than five minutes, in an arrest operation that ended with the death of the man.

The incident led to the death of Mario Gonzalez, 26, on April 19 in Alameda.

An initial statement by the Alameda police said that Gonzalez had a ‘medical emergency’ during an altercation with police after officers tried to arrest him. However, his family said he was killed by police who used excessive force. The family of the deceased said that the incident should result in murder charges.

"What I saw was different from what I was told," Gerardo Gonzalez, the victim's brother told the local TV station KTVU after watching the footage.

“The medical emergency was because they were on his back while he was lying on the ground. It was brought by the officers on top of his head.”

The police had approached the young man in the park after receiving 911 calls that he appeared to be disoriented or drunk.

The video showed the police trying to tie Gonzalez's hands in a public park, after the young man refused to hand them his identity papers.

After Gonzalez did not produce any identification, the officers tried to force his hands behind his back to handcuff him and took him to the ground as he was trying to resist.

The officers repeatedly asked Gonzalez for his full name and birthdate.

Then he added, “Mario, just please stop fighting us.”

According to the footage, Gonzalez was grunting and shouting as he lay face down on wood chips while the officers restrain him. One of the officers put his elbow on Gonzalez’s neck and a knee on his shoulder.

The young man kept repeating, "I have done nothing" before losing consciousness. Then the police tried to revive him, but to no avail.