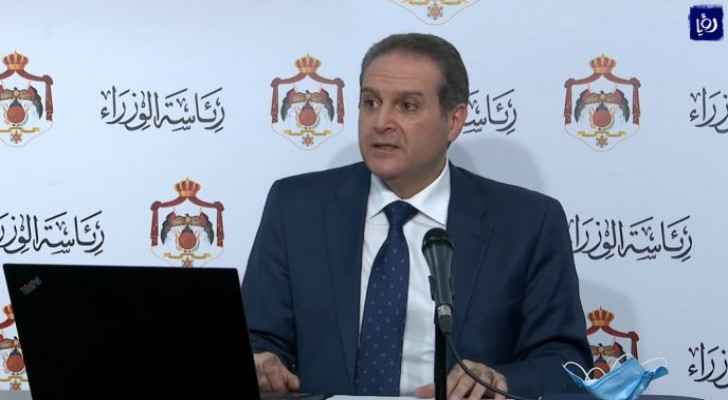 The government announced during a press conference Wednesday that the Friday lockdown will be cancelled starting April 30th. However, the current curfew restrictions will remain in place until further notice.

Notably, citizens will be permitted to go to mosques on foot to perform Isha and Tarawih prayers beginning April 30.

On the same day, public parks and any shops within them will be reopened.

During the press conference, which was headed by the Minister of State for Media Affairs, Sakher Dudin, and the Minister of Health, Feras Hawari, the two ministers spoke at length about the current COVID-19 situation in the Kingdom.

Despite the downward trend in cases, Hawari indicated that the government is preparing for a third wave by increasing hospital capabilities and ensuring that there are sufficient medical personnel in the health sector.

Hawari said that there are no vaccine shortages in the Kingdom, and all indicators currently demonstrate that vaccines are effective against the new Indian mutation.

According to him, no mutations have yet been recorded on Jordanian soil.

With regard to the lifting of restrictions for Isha and Tarawih prayers, it was announced that the timing for these prayers in mosques will be announced at a later date by the Minister of Awqaf and Islamic Affairs, Muhammad Al-Khalaileh.

Dudin also announced the Eid Al-Fitr holiday will begin May 11 until May 15.

Eid- Al-Fitr prayers can take place in outdoor spaces, which will also be determined by Khalaileh at a later date, said Dudin.

Notably, Dudin affirmed the government's keenness on the return to in-person education in schools and universities by the beginning of September, indicating that a campaign has already been launched to vaccinate around 160,000 teachers prior to the reopening of schools.

Dudin stressed that the decisions announced were the maximum available and possible measures that the Kingdom can take, and will be subjected to continuous evaluation depending on the COVID-19 situation.

It was also noted that had it not been for current restrictions in place, cases would have increased by 250 percent.
Dudin added that the government has a plan to gradually reopen sectors, but this plan depends on several aspects such as the ICU occupancy rates in hospitals, noting that the rates should not exceed 65 percent, otherwise the government will be forced to return to further restrictions.

Finally, Dudin said that the recommendations for vaccine incentive measures made earlier Wednesday by the Crisis Cell were merely ideas and proposals.