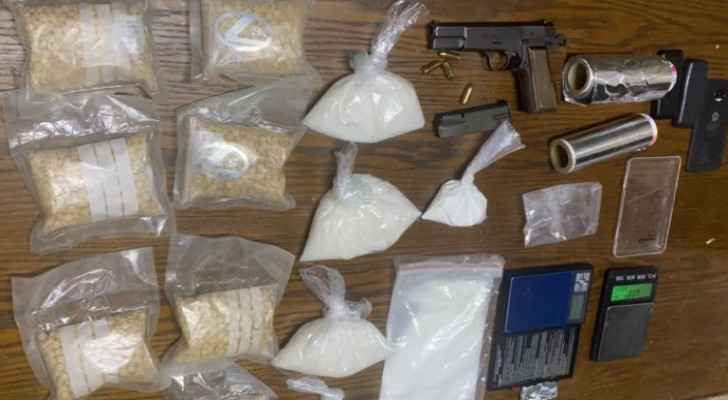 The media spokesperson for the Public Security Directorate (PSD) said Tuesday that the Anti-Narcotics Department (AND) was able to arrest two individuals in cases of drug trafficking and selling narcotic substances.

The media spokesperson confirmed that by following up the investigations and collecting information, the investigative team was able to determine when the two suspects would transport narcotic substances from one of the southern governorates, which took place on the Desert Highway.

Their vehicle contained 10,000 narcotic pills, 13 slabs of hashish and quantities of crystal meth.

The case was referred to the State Security Court Prosecutor.

Another drug dealer was arrested in Amman after the relevant authorities found 7,000 narcotic pills, one kilo of crystal meth and a half kilogram of narcotic cocaine in his house.

Anti-Narcotics Department crack the case of ....

Anti-Narcotics Department crack the case of ....