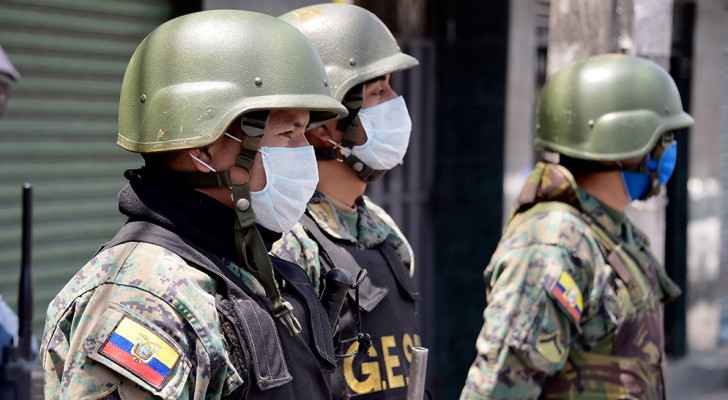 According to the report, the total military spending in the world last year increased 2.6 percent from 2019, whilst the global GDP declined by 4.4 percent due to the COVID-19 pandemic.

Global military spending was already at its highest level in 2019 since the end of the Cold War.

Diego Lopes da Silva, who participated in the preparation of the report, said that if some expected military spending to decrease due to the pandemic, "Today we are almost certain that the Covid-19 virus did not have a significant impact on military spending, at least in 2020."

In response to a question by Agence France-Presse, the researcher warned that it is still too early to generalize this conclusion in the long term, as it is likely that it will take time for countries to "adapt to the shock."

This share in the world increased by 0.2 percentage points in a year, to 2.4 percent, the largest year-on-year increase since the 2009 financial crisis.

According to the report, the number of NATO member states that spent at least 2 percent of their gross domestic product on their military (i.e., reached the target set by the alliance) increased from nine countries in 2019 to 12 countries in 2020.

But if military spending increased in 2020 worldwide, some countries, such as Chile or South Korea, preferred to deduct funds that were intended for military spending and spend them on improving their response to the health crisis.

On the other hand, other countries, such as Hungary, went in the opposite direction as they decided to increase their military spending "as part of an economic recovery plan in response to the pandemic," according to Lopez da Silva.

The United States, the country that has historically spent the most on military spending, remained in the lead, spending $778 billion in 2020, a 4.4 percent increase from 2019. The amount accounts for 39 percent of total military expenditures in the world.

This is the third year in a row that US military expenditures have increased, after seven years of decline.

Alexandra Marksteiner, co-author of the report, said the increase "reflects growing concerns about what it sees as threats from strategic competitors like China and Russia, as well as the Trump administration's desire to bolster what it considers an overstretched US military."

In this context, Diego Lopes da Silva pointed out that the Biden administration "did not give any indication that it will reduce military spending."

In second place was China, whose military expenditures in 2020 amounted to 13 percent of total global military spending. China has continued to increase its military spending for the last 26 years, in parallel with its growing economy.