13 dead in hospital fire in India

13 dead in hospital fire in India 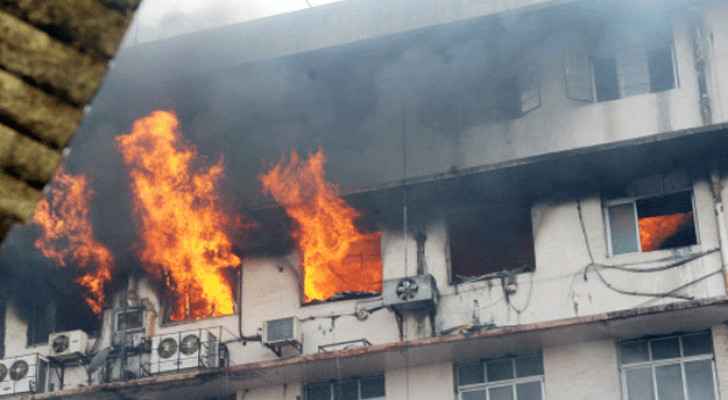 13 coronavirus patients died in a hospital fire in Bombay Friday, a tragedy that comes amid an already-collapsing health sector.

An investigation was opened into the causes of the fire.

"17 patients were in the intensive care unit at Vijay Vallabh Hospital when a fire broke out, 13 of them died, and four others were transferred to other facilities," said the official in the fire department, Morrison Xavari.

Two days ago, 22 people with Covid-19 died in another hospital in Maharashtra, also because oxygen supplies to ventilators were cut off for half an hour.

Four patients died in early April in a fire in a private clinic in Maharashtra state, while a hospital fire in March killed 11 people in Bombay.

A fire department official told AFP that the fire, which has now been extinguished, broke out at around 3am (2130 GMT), and the cause of it is being investigated.

Covid claimed the life of Shravan Rathud, a Bollywood composer in the 1990s. He died at the age of 66 in a hospital in Bombay, his son told the Indian News Agency.

India counted nearly four million new infections in April alone, disappointing the hopes it raised earlier this year for its potential for overcoming the worst stages of the epidemic.

This increase was partly attributed to a "double boom" of the virus and mass gatherings such as the long Kumbh Mela festival in Haridwar, Uttarakhand state (north), where about 25 million Hindu pilgrims, most of them without masks and without observing the rules of social distancing, poured in from January until early this month.

Indian Prime Minister Narendra Modi will participate in at least three crisis meetings Friday, devoted to the supply of oxygen and the provision of essential medicines.

The capital, New Delhi, is still one of the most affected cities, with hundreds of thousands of new infections recorded, with a large number of infected people entering hospitals in recent days.

Hospitals in the city are also launching daily distress calls to seek help from the state and national government for help due to their depleted oxygen supply.