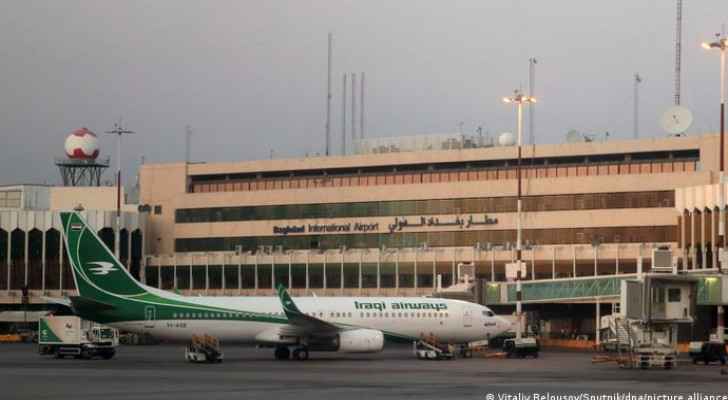 In the early morning hours of Friday, three missiles fell on a military base near Baghdad Airport where Iraqi and American forces are stationed, resulting in the injury of an Iraqi soldier, in the latest episode of the ongoing series of tensions between the United States and Iran on Iraqi soil.

An Iraqi security official told AFP that the three missiles landed at the air base in the part occupied by Iraqi forces, not US forces. This base is shared by Iraqi and American soldiers who are participating in the US-led international coalition against Daesh.

The official, requesting anonymity, added that the bombing resulted in the wounding of an Iraqi soldier.

- Second attack in a week -

This is the second missile attack targeting the US forces in Iraq in less than a week, as another military base north of Baghdad, Balad, was hit with five missiles on Sunday, leaving five wounded, including three Iraqi soldiers and two foreign contractors.

This brings the number of attacks targeting American bases or US diplomatic headquarters since President Joe Biden's arrival at the White House on January 20 to 23.

Before Biden assumed power, dozens of similar attacks targeted US interests in Iraq under his predecessor Donald Trump, as of fall 2019.

New level -These attacks reached a new level in mid-April, when Iraqi factions loyal to Iran carried out a suicide drone attack targeting a US military base at Erbil airport in the Kurdistan region (north), in the first attack of its kind.

These attacks come amid increasing tensions between Washington and Tehran over the Iranian nuclear deal.

Both the United States and Iran have a military presence in Iraq, as the United States leads the international coalition that has helped Iraq fight Daesh since 2014, and has deployed about 2,500 soldiers in the country.

Sometimes, according to experts, attacks against US interests are claimed by unknown groups that are in fact a front for armed groups loyal to Iran, while parties in the Popular Mobilization Forces, a coalition of Shiite factions that are part of the official institutions of the Iraqi state, continue to threaten the Americans in Iraq.

On April 7, the United States and Iraq resumed the "strategic dialogue" aimed at setting a timetable for the withdrawal of the international coalition forces from Iraq.

The escalation between the United States and Iran reached its climax on January 3, 2020, when the commander of the Quds Force in the Iranian Revolutionary Guard, General Qassem Soleimani and the deputy head of the Popular Mobilization Forces, Abu Mahdi al-Muhandis, were killed in a raid by a US drone near Baghdad International Airport.