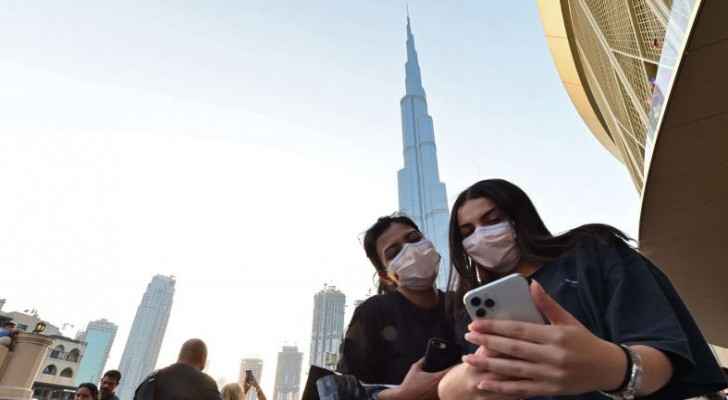 The UAE, which has facilitated one of the world's most aggressive vaccine campaigns, announced Wednesday that it may begin 'restricting the movement of [those who are not vaccinated] soon."

So far, the wealthy Gulf state has administered about 10 million jabs, the equivalent of one dose per citizen.

The National Emergency Crisis and Disaster Management Authority said on its Twitter account on Wednesday, "111,176 doses of the Covid-19 vaccine were provided during the past 24 hours, bringing the total number of doses to 9,900,002."

The authority did not specify the number of people who have received two doses of a vaccine.

Sputnik, Sinopharm, Pfizer-BioNTech, and AstraZeneca are all licensed in the country.

Despite the large number of doses provided so far in the UAE, where foreigners make up about 90 percent of the population, the country still records an average of about 2,000 cases per day. Since the beginning of the outbreak of the pandemic, the UAE has recorded the highest number of cases in the Gulf, amounting to more than half a million.

The procedures related to the coronavirus vary from one emirate to another, but social distancing and mask-wearing are mandatory across the country.

Tuesday, the Emergency, Crisis and Disaster Management Authority warned of the possibility of taking measures at the state level to restrict the movement of unvaccinated people, even though receiving the vaccine is still optional.

"Strict measures are being considered to restrict the movement of unvaccinated individuals and to implement preventive measures such as restricting entry to some places and having access to some services, to ensure the health and safety of everyone," a tweet said.

The authority added that "delaying or refraining from taking the vaccine will pose a threat to the safety of society and expose all groups, especially the most vulnerable to infection, [and] constitutes a major challenge to the national efforts for recovery."

Vaccines are easily available in all regions of the country for citizens and residents.

Opposing tweets appeared on Twitter warning about the possibility of restricting the movement of those who were not vaccinated, noting that the UAE had previously imposed mandatory tests for those wanted to enter official departments.

Sheikha Manal bint Mohammed bin Rashid Al Maktoum, daughter of the ruler of Dubai and the head of the UAE government, wrote that "the first [step] is to restrict the movement of people with Coronavirus... not to those who did not receive vaccination and maintain himself and adhere to preventive measures."

She added, in a rare criticism of a member of the ruling family, "Every citizen has the full right to state services, regardless of whether they receive the vaccination or not. Taking the vaccine is a personal decision, and imposing it is a deprivation of the rights of the person."

Emirati political science professor Abdul Khaleq Abdullah responded by saying, "The local and federal health authorities should increase awareness and education campaigns and provide more incentives, not apply punitive measures, refrain from providing services and restrict the movement of those who did not receive the vaccine."

UAE suspends entry for travelers from ....