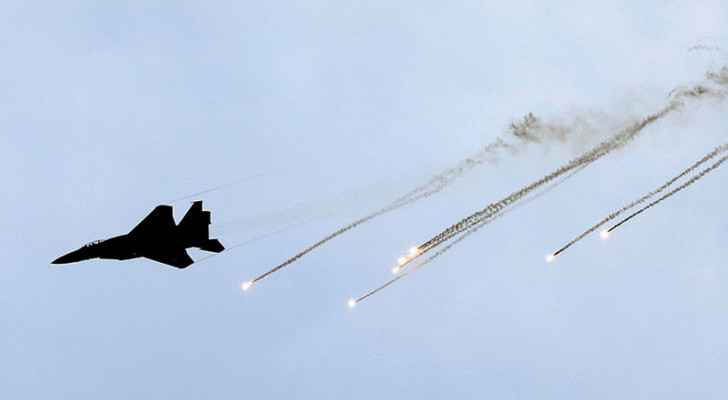 "The IDF observed the launch of a surface-to-air missile from inside Syria towards Israeli territory, which landed in the Negev region," the Israeli Occupation army said in a brief statement.

"In response, the Israeli army hit the battery from which the missile was launched, and other surface-to-air missile batteries within Syrian territory," he added.

The Syrian news agency SANA reported that "at about 1:38 am today, the Israeli enemy carried out an air aggression with bursts of missiles from the direction of the occupied Syrian Golan, targeting some points in the vicinity of Damascus."

The agency quoted a military source as saying, "Our air defense media confronted the aggression missiles and dropped most of them," noting that "four soldiers were wounded and some material losses."

The Syrian Observatory for Human Rights stated that the Israeli Occupation strikes led to "the destruction of air defense batteries in Al Dameer," the city located 40 km northeast of the capital Damascus, noting that Al-Dameer includes "headquarters and weapons depots belonging to the militias loyal to Iran."

The observatory stated that "there were casualties among the air defense forces."

Earlier in the night, the Israeli Occupation army reported that sirens sounded near the village of Abu Qurainat, a few kilometers from the Dimona nuclear reactor.

The Israeli Occupation has never admitted possessing nuclear weapons, but foreign experts assert that the Hebrew state possesses between 100 and 300 nuclear warheads.

The Israeli Occupation rarely confirms the implementation of these strikes, but it continues to say that it will continue to confront what it describes as Iran's attempts to establish its military presence in Syria.

The Israeli Occupation often intercepts the missiles launched from Syria before they reach the south of the country.

Syria has been witnessing a bloody conflict since 2011, which has killed more than 388,000 people, caused massive damage to infrastructure, and led to the displacement and displacement of millions of people inside and outside the country.

The newspaper reported that a "powerful explosion" occurred in the reactor as a result of "an explosive device that was secretly introduced into the Natanz factory and detonated from a distance, which led to the detonation of the main electrical circuit as well as the alternate circuit."

Diplomatic efforts are underway in Vienna to restore the agreement on the Iranian nuclear program to its tracks after the United States withdrew from it under former President Donald Trump.

The Israeli Occupation opposes the agreement concluded in 2015, arguing that it does not provide sufficient security guarantees to the Israeli Occupation, and accuses Iran of secretly seeking to possess nuclear weapons, which the Islamic Republic denies.