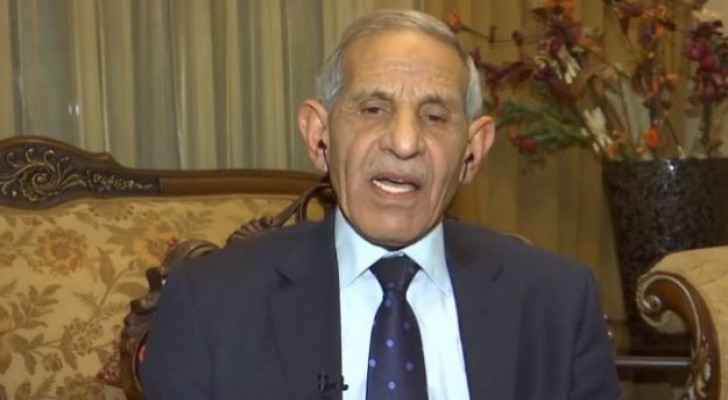 Wednesday, a member of the Epidemics Committee, Saad Al-Kharabsheh, announced his resignation due to difference of opinion with the Ministry of Health in its handling of the pandemic in Jordan.

In the letter, he said the former Minister of Health requested him to reduce media appearances and avoid criticizing the government's actions as per demands of the Prime Minister, Bisher Al-Khasawneh.

Kharabsheh added that despite the amicable request, he told him that when he speaks to the media, he discusses scientific facts that are in the interest of the nation, while clarifying facts to citizens.

He noted that he never intended to embarass the ministry or the government.

"On the same day, specifically on March 2, I submitted to His Excellency the Minister a letter requesting my resignation from continuing with the membership of the National Epidemic Committee after four months of my participation in it so as not to expose him to embarrassment."

Kharabsheh noted that upon reading the letter, the former minister requested him to retract his resignation while commending his great performance within the committee.

He "even forced me to retract my resignation and continue voluntary work in the service of the public interest," said Kharabsheh.

The day before the beginning of the month of Ramadan, Kharabsheh said that the current health minister, Faris Hawari, called for an emergency meeting with the Epidemics Committee. Kharabsheh thought there was an important matter to be discussed, however, they were suprised that most of the meeting consisted of media training, while requesting members of the committee to adhere to what was learned.

Committee members were not permitted to express their scientific opinions, which the minister deemed to be in the interest of the homeland and the citizens, said Kharabsheh.

"So I realized then, along some colleagues, that this proposition is not appropriate for experts who have spent many decades in public work."

According to Kharabsheh's letter, he told the minister that his proposal was not appropriate for the committee, and requested his resignation in light of the limitations.

He added that there was a scientific study on the impact of Friday lockdowns throughout the course of the pandemic in the Kingdom, in cooperation with several of his colleagues.

The study found that Friday lockdowns have no positive impact on the pandemic or curbing infections.

In fact, no lockdown had less dangerous effects than the lockdown itself, said Kharabsheh.

He noted that he sent the results of the study to the minister over two weeks ago and even handed him a paper copy during the last committee meeting.

"I showed him willingness to present the results of this study in the ministry at the time he specifies. He agreed to that, however that date has not yet been set, and we have committed to not disclosing the results of the study through the media until they are discussed at the date that was not specified."

It seems that this study did not appeal to His Excellency or to other parties, as its results contradict some of the government’s decisions, said Kharabsheh.

Kharabsheh said that he and his colleagues worked with pride for the committee, through which he poured painstaking efforts to improve the COVID-19 situation in the Kingdom based on scientific data.

Kharabsheh said it became clear to him that at this stage, sincere voices who wish to aid the homeland are not desirable, therefore "I am no longer a member of the National Committee for Epidemics or any committees emanating from it."