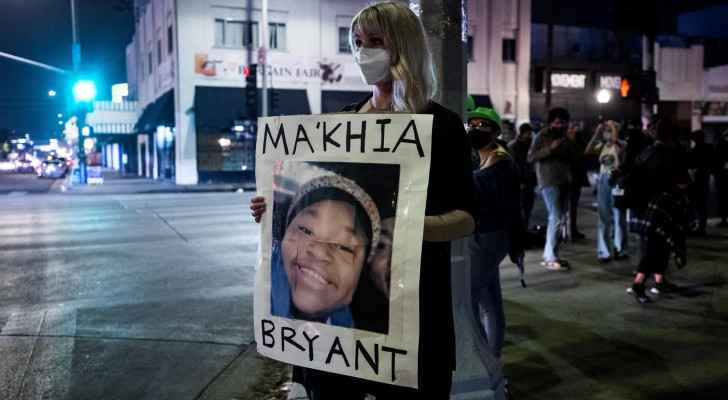 Tuesday, Police in Ohio, USA, fatally shot a Black 16-year-old teenager, Ma'Khia Bryant, who appeared to be lunging at another person with a knife, less than an hour before former officer Derek Chauvin was convicted of murdering George Floyd.

According to Franklin County Children's Services, Bryant was in foster care and in the custody of Child Services.

The shooting occurred at a tense time with growing outrage against racial injustice and police brutality in the US, setting off protests in the city of Columbus.

What did the police say happened?

The Columbus police chief, Michael Woods, said officers were responding to a 911 emergency call about a disturbance Tuesday afternoon from someone who feared being stabbed.

In an unusual decision, the police released a portion of the footage from the body camera worn by the officer who shot the teenager.

"We thought it was important to share with the community, to be transparent about this incident, to let them have some answers that we can provide tonight," said Woods.

The video showed an officer approaching a driveway where a group of young individuals were standing. The video shows Bryant pushing or swinging at another person, who falls to the ground.

Then, Bryant appeared to swing a knife at a girl who was now on the hood of a car.

Without warning, the officer fires his weapon, striking Bryant, who died a short time later.

The officer is later seen tossing a knife away from the girl.

The Mayor Columbus, Andrew Ginther, said the girl's death was a "horrible, heartbreaking situation," calling it a tragic day for the city.

Ginther said the officer involved, whose name was not disclosed, "took action to protect another young girl in our community."

What did Bryant's family say?

"She promoted peace. And that's something I want to always be remembered."

Her Aunt, Hazel Bryant, said her niece lived in a foster home in the area she was shot and got into an altercation with someone at the home.

She noted that her niece had a knife, but maintained that she dropped the knife prior to being shot multiple times by the officer.

VIDEO: 'We were simply elated for the justice system': ....