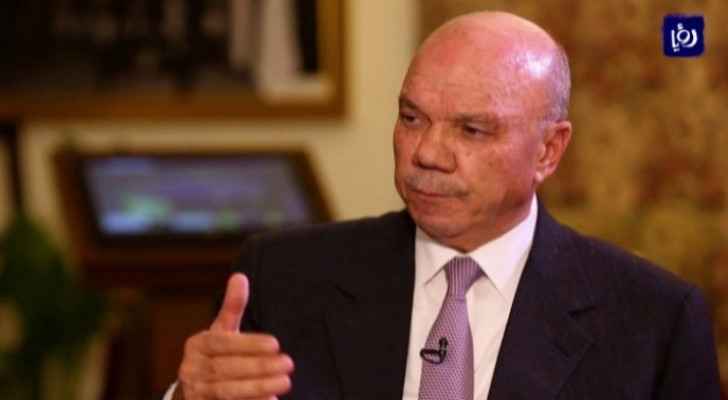 The Speaker of the Senate, Faisal Al-Fayez, said Wednesday during an interview with France24, that the 'sedition case' is not shrouded in any ambiguity, and its preliminary investigations were conducted in public.

He added that we are now living in the era of information where several statements, reports and comments are issued on social media by several parties, causing a disparity or "wide space" between information. In light of this, Fayez said that the government has an 'obligation' to reveal the truth.

This prompted the government to issue a clear statement regarding preliminary investigations, he said.

In his response to a question whether the case had ended, Fayez replied that the case has not yet ended, and after the initial investigations, they await the criminal investigation of the Public Prosecution, which is when "all facts will become clear."

He pointed out that there are between 14 to 18 accused in the case of trying to destabilize national security and stability, and their involvement will be looked into, adding that during the trial, facts will be clarified. All details before and during the trial will be presented.

Regarding His Highness Prince Hamzah, Fayez explained that His Majesty King Abdullah II decided to resolve the issue within the royal family, and Prince Hamzah issued a statement confirming his loyalty to His Majesty and Crown Prince Al-Hussein.

Al-Fayez denied all allegations regarding Prince Hamzah being placed under house arrest - despite some claiming this - adding that His Highness appeared with His Majesty the King, along with other members of the royal family to pay their respects at the tombs of their forefathers during celebrations of Jordan's centenary.

To further expose the falsity of the aforementioned allegations, Fayez referred to His Majesty the King’s statement that Prince Hamzah is in his home and among his family while in the care of His Majesty.

"This denies all rumors that His Highness is under house arrest."

When asked about why Prince Hamzah is not allowed to speak to anyone over the phone, Fayez responded saying that this was a decision taken solely by Prince Hamzah. Upon signing statements and coming to agreements with His Highness El Hassan bin Talal, he decided not to speak. Fayez said that the agreement included Prince Hamzah staying away from the limelight until the case is completed.

Fayez also referred to the government’s clear and frank statements regarding the allegations, in which the Minister of Foreign Affairs, Ayman Safadi, confirmed that Prince Hamzah had a hand in this strife and there were people who helped him, but His Majesty still decided to solve the issue within the framework of the royal family.

He added that Prince Hamzah could not be subjected to trial because his issue was resolved within this framework, and Prince Hamzah, in turn, affirmed his loyalty to His Majesty and signed statements confirming this.

Fayez refused to describe what happened as a plot or coup. He said that what happened was an attempt to sow discord and destabilize security and stability in the Kingdom.

In response to a question related to the arrest of Bassem Awadallah, the former Chief of the Royal Hashemite Court (RHC), and Saudi Arabia "scrambling" to find out what was going on in Jordan a few hours after the announcement of sedition, Fayez said, there was no 'rush' or 'scrambling', but rather the Kingdom of Saudi Arabia was simply eager to show their support for Jordan.

Fayez added that Salman bin Abdulaziz and His Crown Prince Muhammad Bin Salman called His Majesty, confirming their support for him, and Saudi Arabia also sent a delegation to Jordan confirming its support for the Kingdom.

Responding to Jared Kushner's (Senior advisor to former US President Donald Trump) involvement in the matter, Fayez said, "I previously confirmed in another interview that I do not accuse anyone."

However, he added that all the evidence indicates that former US President Donald Trump's policies sought to destabilize security and stability in the entire region, including his support to the Israeli Occupation, which His Majesty King Abdullah II was clearly against.

On the current relationship between Jordan and Iran, Fayez said that Jordan is against any regional state that interferes in the affairs of Arab countries, and Jordan's position is identical to the positions of other Arab countries.

"We expect Iran to have a positive role in the region to reconsider its relations."

He explained that Jordan is facing economic problems because of the regional situation, which greatly affected the Jordanian economy.

With regard to the future of Jordan and where it is heading, Al-Fayez said that it is heading for the better.

He added that the Hashemite rule is strong, as is the power of His Majesty, his institutions, and the loyal people, stressing that the Jordanian people have always been supportive of the King despite all the voices of discord.

Under direction of His Majesty, prosecution releases 16 ....

Under direction of His Majesty, ....