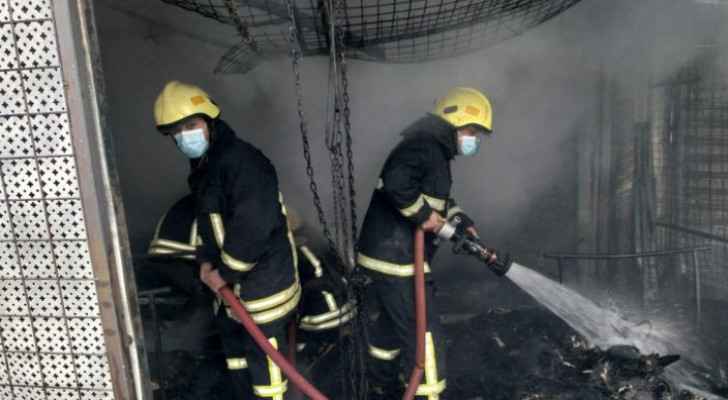 The media spokesperson for the Public Security Directorate (PSD) said firefighters from the Zarqa Civil Defense Directorate (CDD) put out a fire that broke out in a number of second-hand clothing stores Wednesday morning.

The fire affected 400 square meters in the Zarqa camp area, which firefighters were able to get under control and prevent it from spreading to neighboring shops.

No casualties were reported and investigations are underway to determine the cause of the fire.