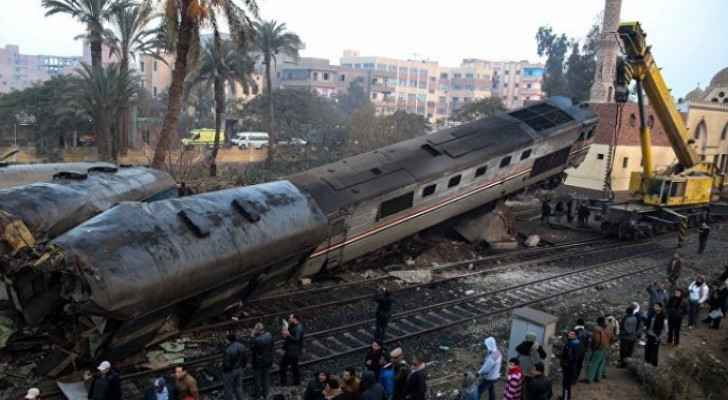 Tuesday, the railway chief of Egypt was fired after a series of fatal train catastrophies, the latest of which occurred on Sunday in Qalyubia, north of Cairo. The derailment resulted in the death of 11 and the injury of 97, according to Ministry of Health statements.

In response to the fatal accident, the Transport Ministry said in statements, “The goal of these decisions is not merely about leadership changes of the authority but are in line with the next stage which demands a complete upgrade of the railway network.”

The ministry added that they are currently working on providing better transportation services, while upgrading the "essential service which transports millions of passengers yearly.”

In light of the string of train-related accidents, social media activists demanded that the Transport Minister, Kamel El-Wazir step down from his position.

The minister who was a former general, became the Minister of Transport following a 2019 train collision that was blamed on 'human error'.

“We have a problem with the human element,” said Wazir on a television talk show in March while stating that upgrades will be implemented, including the set up of an automated train network by 2024.

Train-related accidents in Egypt are mostly blamed on the poor infastructure and maintenance of railways.

In addition to Sunday's accident, Last month, roughly 20 people were killed and nearly 200 were injured in a train crash in south Egypt.

Notably, 15 people were injured earlier this month when two train carriages derailed near the north of Cairo.

Also, President Abdel Fattah al-Sisi vowed to hold all those responsible for the deadly train accidents on Egypt’s railways in recent years.

In Egypt, one of the deadliest accidents happened in 2002 when a fire broke out in a train south of Cairo, killing 373 people.

Dozens of Palestinians injured by IOF in different areas ....

Dozens of Palestinians injured by IOF in ....

Dozens of Palestinians injured by IOF in ....

Dozens of Palestinians injured by IOF ....