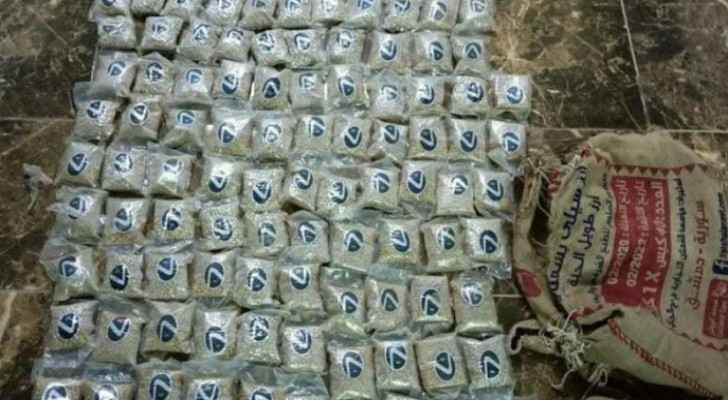 Tuesday, a military source in the General Command of the Jordanian Armed Forces - the Arab Army (JAF) stated that the northern military region, in coordination with the Anti-Narcotics Department (AND) thwarted an attempted infiltration of three people from Syrian lands into Jordanian territory.

The source said that the rules of engagement were applied accordingly, which led to the injury of one of them, however, they managed to retreat into Syrian land.

Upon inspecting the area, the source indicated that 200,000 Captagon (Fenethylline) pills were seized and transferred to the competent authorities.

The source affirmed that the JAF will deal firmly and decisively with any infiltration or smuggling attempt to protect the borders and prevent those who are tampering with Jordanian national security.