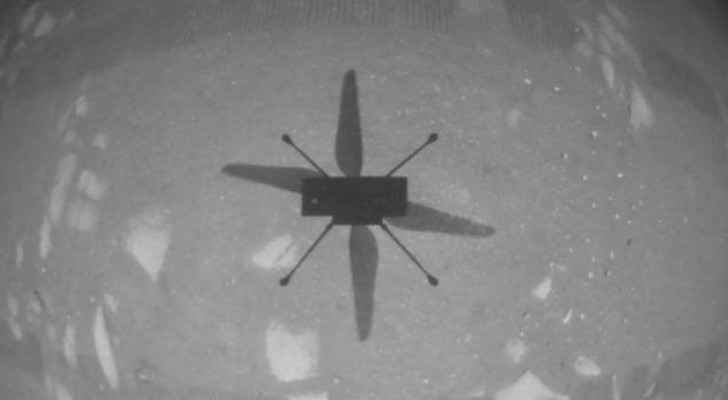 Monday, National Aeronautics and Space Administration (NASA) made history by successfully flying the first powered flight on another planet.

The helicopter Ingenuity's first flight on Mars lasted 39.1 seconds and rose three meters high then returned to the the surface of Mars.

This test run was intentionally limited as the aim is to prove that the technology works.

Ingenuity has the capacity to fly for 90 seconds and to 300 meters.

Ingenuity's initial goal was to successfully launch from Earth, cruise through space, and land on Mars. Achieving lift in Mars' rarefied atmosphere was a major technological challenge, as it is just one percent the density of that of the Earth.

It took engineers at the Jet Propulsion Laboratory six years to develop Ingenuity.

Notably, Ingenuity is not gathering any scientific data about Mars or past microbial life.

In 1997, the Mars Pathfinder rover, Sojourner, was the first rover to explore another planet in history.