Pakistani PM calls on West to criminalize insulting the Prophet 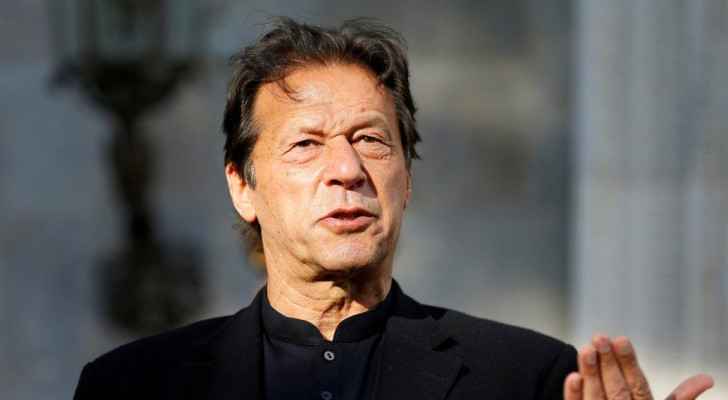 Pakistani Prime Minister Imran Khan said Saturday that Western governments should deal with people who offend the Prophet Muhammad in the same way as those who deny the Holocaust.

In comments that came after a week of violent protests in Pakistan organized by  the 'Labbaik Pakistan Movement,' which was angered by the French government's support for the re-publication of cartoons insulting to the Prophet Muhammad, Khan said that insulting the Prophet hurts Muslims around the world.

"We as Muslims love and honor our Prophet," he said on Twitter, adding, "We cannot tolerate this kind of abuse and disrespect."

The Labbaik Movement, which was banned in Pakistan Tuesday, organized a campaign to expel the French ambassador, in protest against President Emmanuel Macron's defense of the publication of the cartoons.

Thursday, the French embassy in Islamabad advised its citizens to leave Pakistan, in an invitation that appeared to have fallen on deaf ears.

"I urge Western governments that have laws prohibiting any negative comment on the Holocaust to use the same standards to punish those who spread hate messages against Muslims by insulting our Prophet," Khan said on Twitter.

Denying the Holocaust is against the law in many European countries, including Germany and France, where the accused face prison sentences.

Khan noted that the government did not ban Labbaik because it did not agree with its motives, but rather because it rejected its manner of expression.

"To be clear with people here and abroad: Our government did not act against Labbaik Pakistan under our anti-terrorism law until it defied state laws, resorted to violence in the streets, and attacked the public and law enforcement," he said.

"No one is above the law and the constitution," he said.

The goal of the West is to weaken, divide and ultimately ....