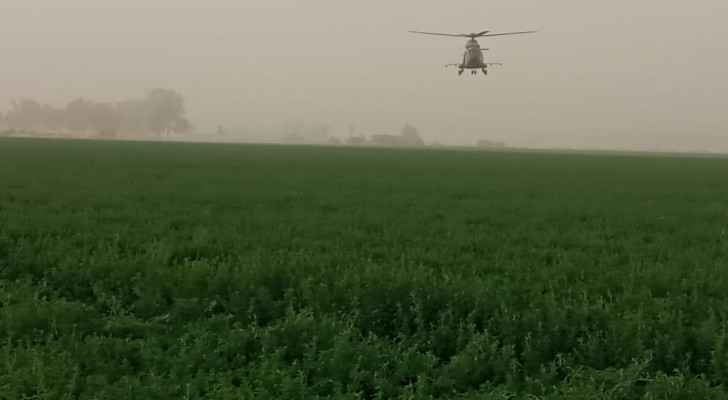 The Tafila Agriculture Directorate announced Saturday that it is ready, with field teams, mechanisms, and equipment, to combat locust swarms.

The Director of Tafila Agriculture, Engineer Hussein Al-Qatamin, said that the Directorate has taken all preparations to combat any swarms of locusts that may reach the agricultural, forested and field areas in Tafila.

He added that the mechanisms and equipment for locust control are plentiful, and survey and exploration teams have also begun to identify and count the areas of locust dispersal in any sites in cooperation with the various agencies concerned.

He explained that the agricultural directorates in the Qasaba of Tafila and the Al-Hasa and Busayra districts have taken precautionary and preparedness measures to combat the locust swarms in the southern and western regions of the governorate, calling on citizens to report any locust spread throughout the governorate.