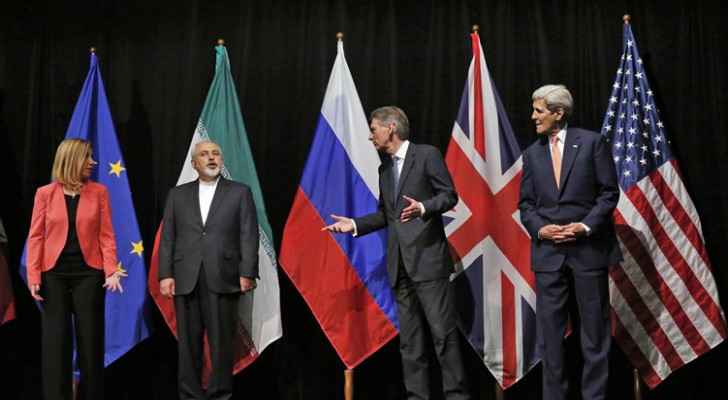 Iranian President Hassan Rouhani said Thursday that the "concerns" expressed Wednesday in Berlin, London and Paris over the decision announced by Tehran to enrich uranium by up to 60 percent, are unfounded.

"Fears have been expressed in Europe and the United States that we in Iran have started enriching 60 percent [which] means that we will be able to reach 90 percent (the threshold for military use) in one go," Rouhani said in a speech broadcast by Iranian state television.

"But this is a mistake," he added, stressing that "our nuclear activities are peaceful and we do not seek to obtain an atomic bomb."

Rouhani said, "Today we can enrich with 90 percent if we want to. But we have said that since the first day and we have been keeping our promise: Our nuclear activities are peaceful and we do not seek to obtain an atomic bomb."

And after Sunday's explosion at an Iranian uranium-enrichment plant, Tehran accused the Israeli Occupation of being behind it. The Islamic Republic announced that it would enrich uranium at 60 percent, far exceeding the 20 percent in place since January and the maximum of 3.67 percent under the Iran nuclear deal, which was concluded in Vienna in 2015.

Tehran said that this decision "is a response to Israeli nuclear terrorism."

Germany, France and Britain, the three European parties in the agreement (along with Russia, China and Iran), expressed their "grave concern" about Iran's announcement, considering it "a dangerous development because the production of highly enriched uranium constitutes an important stage for the production of a nuclear weapon."

A new meeting will be held Thursday in Vienna within the framework of negotiations between the parties participating in the nuclear deal in an attempt to save it.