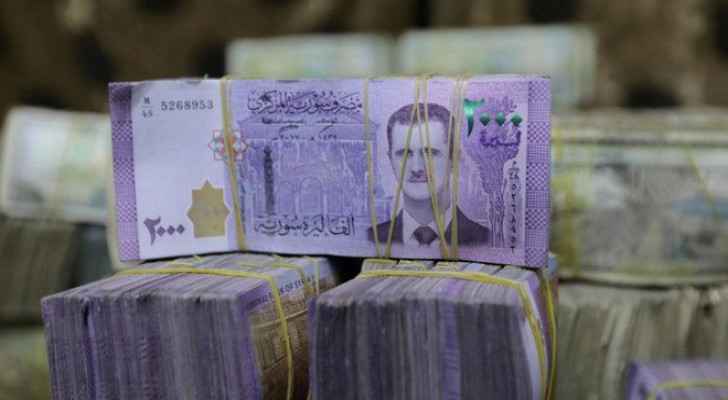 Thursday, two days after the dismissal of its governor, the Central Bank of Syria raised the official exchange rate of the pound against the dollar to 2512 pounds, bringing it closer to the black market rate.

The official rate, adopted since June, was fixed at 1256 pounds to the dollar.

Thursday, the Central Bank of Syria announced the new exchange rate in its daily bulletin on its Facebook account.

The new rate means the Syrian pound has deteriorated by more than 98 percent since the start of the conflict in 2011, when the exchange rate was equivalent to 47 pounds to the dollar.

Syria, which has been in conflict for more than ten years, is experiencing a stifling economic crisis exacerbated by Western sanctions and measures to curb the spread of the Coronavirus, as well as the accelerating economic collapse in neighboring Lebanon, where many Syrians, including businessmen, are depositing their money.

And at the beginning of last month, the Syrian pound recorded a record deterioration on the black market, where the exchange rate today exceeds 3000 pounds to the dollar.

The authorities have recently taken a series of measures to limit the deterioration of the lira, including stopping the import of goods deemed "luxuries" and pursuing illegal money changers.

Amid the crisis, Syrian President Bashar al-Assad dismissed the governor of the Central Bank on Tuesday, without naming a successor or specifying the reasons for his removal.

Today, the majority of Syrians live below the poverty line. 12.4 million people suffer from food insecurity, according to the World Food Program.

Syrians are suffering from the huge rise in prices, and wait for long hours to obtain small quantities of subsidized gasoline, the price of which the government has raised by more than fifty percent, amid a severe fuel crisis.